A Jolt of Joy

At first, Susie Ma’am thought someone had accidentally left a trashcan out and it had blown over.

From a distance, the colored paper looked chaotic and, well, trash-like.

But she soon learned she was completely wrong.

A group of anonymous Senior Campers had decided to festoon Acropolis (the girls side office) with notes of encouragement. They were determined over-achievers, leaving over 100 messages for everyone from the Leadership team to other campers.

Everyone was so pleased at this simple act of encouragement and positivity. Susie Ma’am was particularly pleased to see that some of the messages reflected messages from our Senior Camper talks. They mentioned making sure that people “matter”, choosing positivity, being strong, and doing small acts of kindness.

We are also delighted that these notes mostly focused on things campers can control (smiling, being brave, trying new things, being responsible) rather than “fixed” attributes like being pretty.

We did learn a few things that might be useful to future groups wanting to make a similar impact.

One had a health message, though I would suggest it is a little extreme. 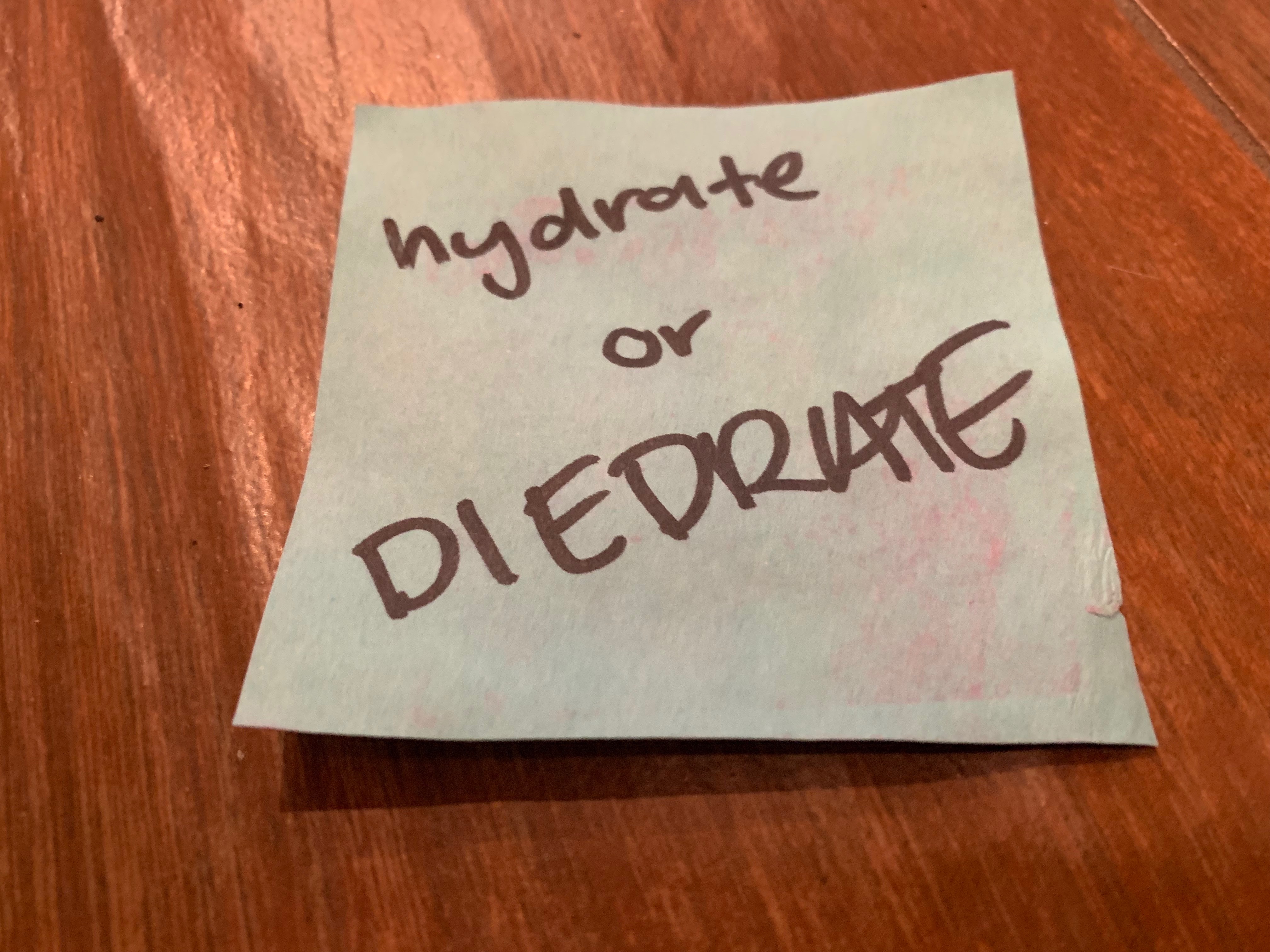 I am all for hydration, but the alternative seems a little extreme here!

Also, they placed several on one of the Water Monsters (the huge 150-gallon water distribution tanks we have). We stock the Water Monsters with ice 5 different times of the day. I assume that is why we got a series of ice-related messages.

Of the entire lot, I think my favorite message was one of the ice-notes. Check this out.

Clearly, the initial message was that you might melt the ice because you are pretty. The author then scratched out “pretty” and replaced it with “hot”. I find myself wondering the history of this note.

My personal hope is that the initial note prompted an experiment. The author’s hypothesis was “being pretty makes ice melt”. I now picture a series of controlled experiments that yield a negative outcome – melting ice and attractiveness do not correlate. At this point, a subsequent hypothesis arose – perhaps “heat” might melt ice. Again, they performed a series of controlled experiments and found a positive outcome. The note was then modified to reflect this triumph of the scientific method.

Or, perhaps a friend said, “this makes no sense, heat melts ice. You should change it”.

I prefer the former interpretation.

But in any event, we started today with a jolt of joy and we will bring all of that to the dance tonight.

PS  A note of correction.  After reading the blog, our Maxi Division Leader explained that the notes all came from girls cabin 3, a group of 7th graders - not the Senior Campers we had suspected.  What a lovely revelation.