The Siren Song of the Silicon 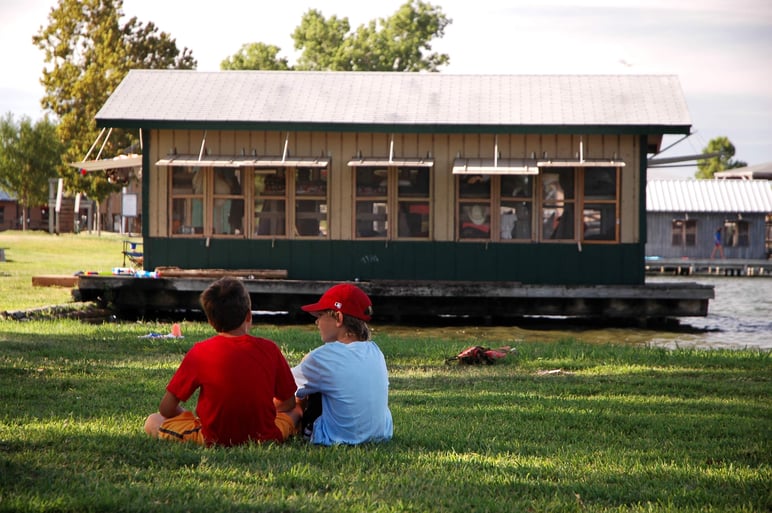 Below is an article I share with our families each summer.  I have also included a video that we made a few summers ago that talks about being tech-free at camp.  I hope you enjoy both!

Falling in Love with Camp (by Susie Ma'am) 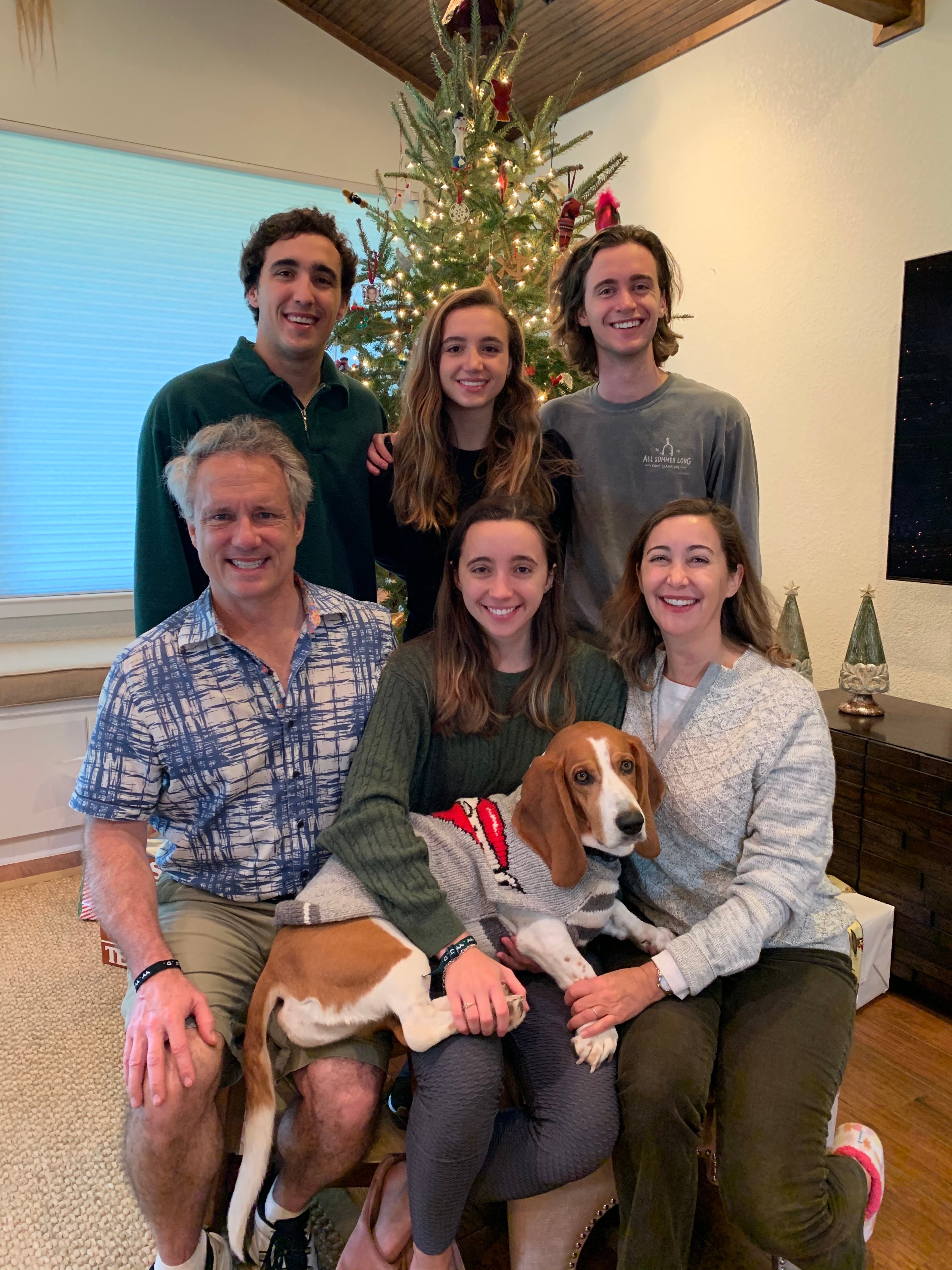 Steve Sir and me with our own, now adult "campers"

I was never a camper as a child.  While some of my friends went to camp, I found their long and exciting conversations about their summers in Maine and upstate New York (I grew up in the Boston area) hard to follow.  I could tell that something special had happened for them, but I just did not “get it.”

I was never a summer camp counselor.  I worked with children, but my experiences were with at-risk teens (at a psych ward) and children with cancer (at the Dana Farber Cancer Institute).

I had graduated from the University of Michigan, worked for 3 years, and entered Kellogg Business School at Northwestern before I set foot on my first camp property.

I married into camp.  A former investment banker, Steve, and his brother were building a new summer camp on a beautiful lake in Texas near the town of Marble Falls. And after graduating from Harvard Business School, he planned to make “summer camp” his career.   We started dating while he was in Boston.  I knew early on that I was not just dating a guy, but also a Texan and a camp-nut.  As I started to think about the prospect of being together permanently, I knew that camp was part of the deal.

At the time, it was odd.  I saw the excitement and passion of all the full-time camp team, but did not understand.  I worked with the camp, but primarily in the back office as a bookkeeper/administrator.  With my graduate degree specializing in health care management, I assumed that I would end up working in hospital administration or consulting.  My time as a camp person was surely nothing more than a short-term stint.  Occasionally, a camper would ask me what I did at camp.  “Think of me as a pancreas – you are not quite sure what I do, but you are glad you have one.”

Each year, however, I found myself understanding it a bit more.  I would get a chance to chat with a camper at a meal and see her eyes light up as she talked about camp: “I can be MYSELF at camp and I LOVE that.  I wish I could be like this ALL THE TIME!” (For those of you who speak often to teenage girls, you understand the need to capitalize the key words.)  I would watch as campers hugged their parents at closing, as if they never wanted to be parted again, only to exclaim “I’m coming back next year!”

As time passed, I started to see and feel the magic of camp.  I attended 2-3 national and regional camp conferences annually.  I would listen to Steve passionately espouse the power of the away-from-home, community experience.  And I kept seeing the campers grow.  After hours of conversation and observation, I found myself enthusiastically buying into our Mission Statement: “to help every camper grow into the Champion they are intended to be.”

The summer of 2005 was the final watershed.  Our three oldest children (twin 8-year-old boys and a 7-year-old daughter) went to camp for the first time. Sending them had been harder than I suspected it would be.  Despite my understanding of camp, letting go had been hard. Upon their return, I realized immediately that it was worth it - they came back home so happy and with so many new skills that I was awed. Their newly acquired talents were more than an improved tennis backhand and an ability to water-ski, but extended to making their own beds, being responsible for their belongings, and, best of all, having the confidence to meet new people and prosper in whatever situation might arise.

I should have seen the effect of camp three years earlier.  The evidence was there.  When the boys were only 5 (18 years ago!?!?), they befriended a large number of campers during our first session of camp.  The session ended on a Saturday and the following session began the following Sunday.  That morning, Liam shot out of our door like a cannon.  “Where are you going?” we asked.

Camp continues to be a huge part of our parenting strategy. Each of our children attended Camp Champions as well as another out-of-state camp. We want them to have an experience that is truly away from home. They each also had at least one overseas experience. The three oldest are now wrapping up their junior years in college, while our youngest is preparing to leave the nest for her freshman year this fall.

I now see my role at camp as crystal clear.  I am here to share my lessons with other parents.  I want them to understand the unique growth opportunities of camp.  I also want to help them deal with the challenges of separating from their children.

As I think over my over two decades in summer camping, I am reminded of George Bailey, Jimmy Stewart’s character in It’s a Wonderful Life.  In this classic film, George Bailey finds himself longing for a life more exciting than that offered by running a savings and loan in small Bedford Falls, but soon learns that he is exactly where he can make the greatest difference in the world.  He is only able to see this truth with the help of a child-like angel.

Just as George never left Bedford Falls, I never left Marble Falls.  Unlike him, I had more than one child-like angel to help me see the significance and importance of my work here.

Homesickness and the Letter

[This is the first of two articles about homesickness at camp.  It is also a parent favorite.] 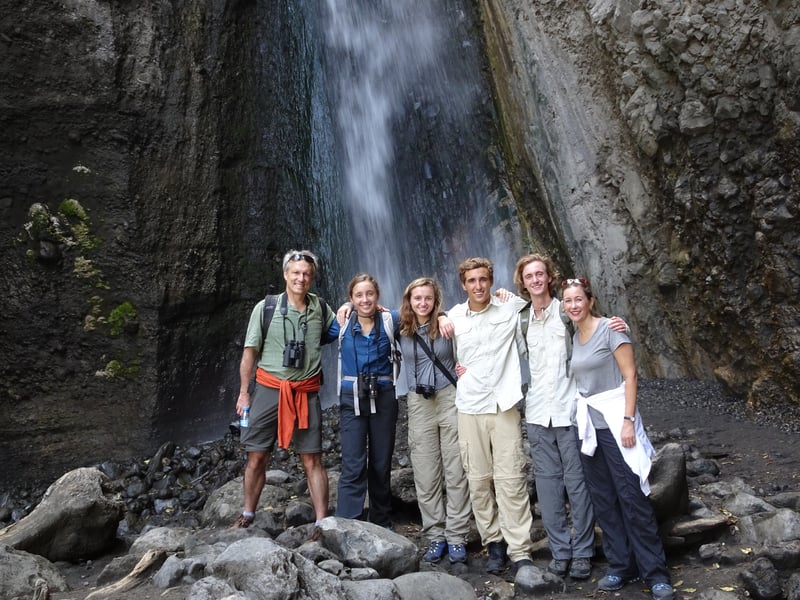 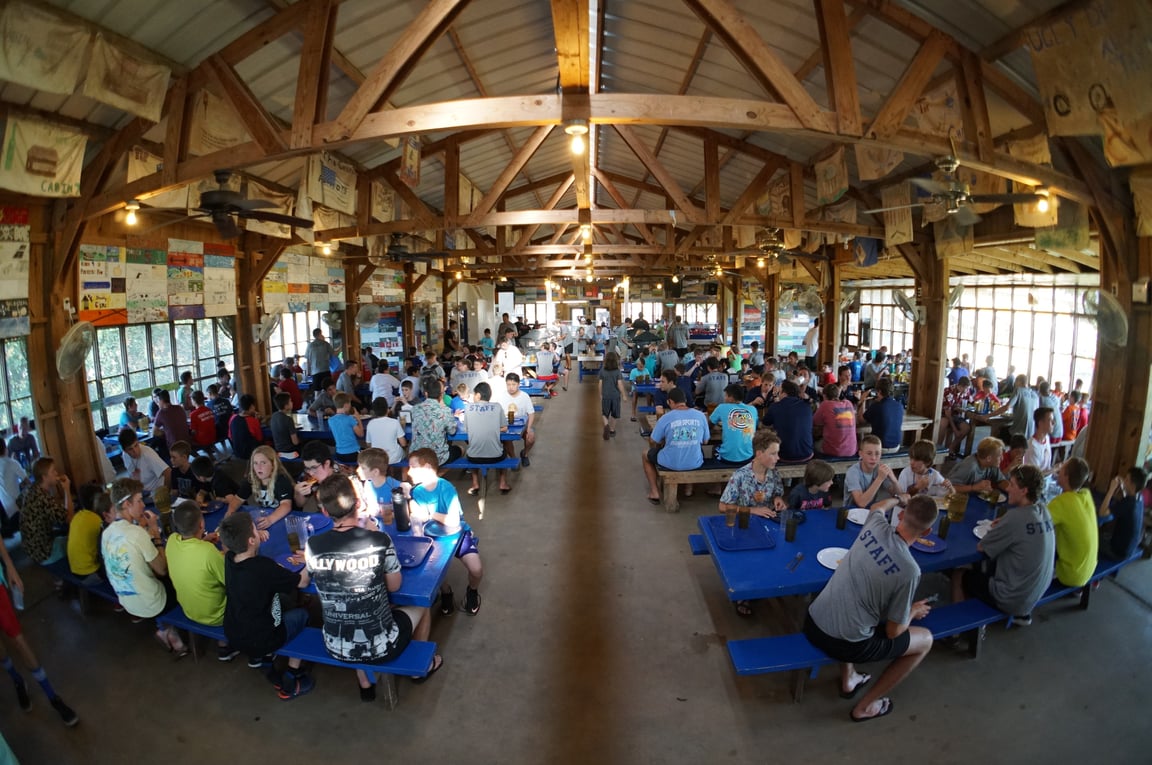 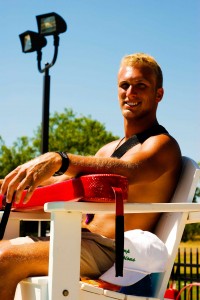 When we first bought Camp Champions before the summer 1996, the camp had an orientation like the vast majority of camps back then.  In fact, it was more of a “work session to prepare camp for opening” than an orientation.  The counselors would arrive 3 days before camp, get trained in CPR, learn the camp rules and then perform physical tasks like painting and mowing.

Welcome to our 50th SUmmer!

On behalf of the staff and counselors at Camp Champions, let me welcome everyone that is joining us for our 50th continuous summer of camping fun!

We wait each year for this day: the smiles, the hugs, the laughter and the opportunities for growth!

I am delighted to say that this was unquestionably the best group of counselors I have ever had the pleasure of working with.  During orientation, they were focused, attentive and enthusiastic. We have a record number of international counselors who provide a fun, different perspective to camp (over 20 from the UK alone).   This group has been in sync for the past 2 weeks and are ready to practice everything that they have learned. They are deeply committed to our mission of helping children find their inner champions.  They understand the importance of safety as a foundation to fun and growth.

They also know that they are not just serving campers, but they serve entire families.

Susie Ma’am and I are both so excited to be working with this group.

After you dropped off your children, we had swim tests and tours.  The campers came together to write the rules for their cabin.  We believe that campers behave best when they believe their voices are valued and they collaborate.

We just finished our first torchlight ceremony (I will explain this more in a later blog).  The picture I share shows campers walking with their cabins to torchlight.  We sang some songs, saw a skit featuring Susie Ma’am and enjoyed a short fireworks display.  We took time to assure our new campers that the odd traditions and songs will soon become familiar and loved.  I also stressed that we are all delighted to have them join our camp community. We love watching our returning campers reach out to their new friends and cabinmates. As my mom used to say, all campers have one thing in common on Opening Day – they all want to make new friends.

Now, your children are in their cabins.  They are enjoying their first “nightly ritual” – a time for reflection, conversation and sharing.  We started this tradition 4 years ago.  Since creating it, we have found that cabins are more cohesive and happier with each other.  They cultivate respect and gratitude.

The evening is cool with a slight breeze.  The stars are winking at us.  Simply stated, it is lovely.

Tonight, your children will sleep with their new friends and counselors.  Tomorrow, we will wake at 7:30 and embrace our first full day of activities.  It will be a full one, so we need to make sure that we all get a full night’s sleep.

Susie Ma’am and I have had the joyous pleasure to do this for 23 years.  We look forward to a full night’s rest as well.  After all, we need to keep up with a camp full of energetic campers!

I hope you enjoy this website.  Enjoy the photos and take time to read the articles.  We will provide you a nice one-way mirror into the life of camp.  Some of these articles are new, but many are tried-and-true favorites.  If you are a returning parent, please do not think we are getting lazy.  Instead, we want to give our new families a chance to see what we value and what we are striving to accomplish at camp.

Until we see you at closing day – have a wonderful few weeks!