Homesickness is a Good Thing 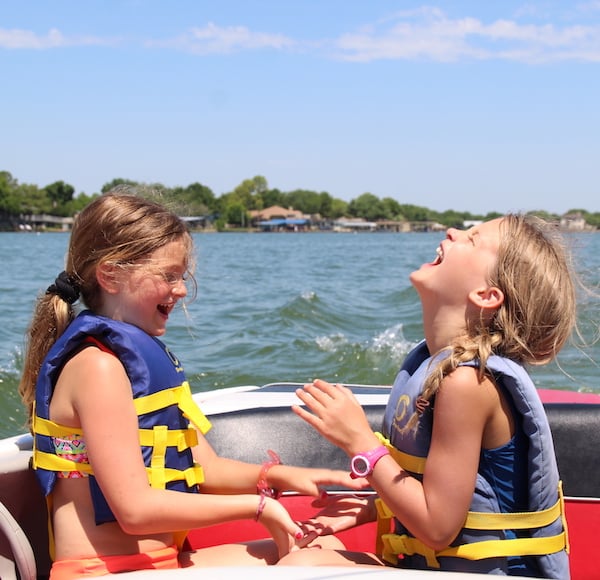 Plus, a surprise appearance by Charles Dickens

I write to you with good news: most campers get homesick.

What? You’re probably thinking. How is that good news?

Well for starters, it means you’ve done an excellent job. Home is a wonderful place -- it’s where we feel safe and loved and, well, at home. And credit to you, parents, for creating such an environment for your children.

But there’s more to it than that. You see, if your children become homesick, they will overcome it. And in the process they will develop a strong sense of self and individuality. There are few things like conquering homesickness at summer camp that build-up a child’s confidence and self-esteem.

I know, because I’ve witnessed it first-hand.

My name is Kaylen Alexis and I worked last summer as a counselor for Lettermen (~11-year-olds) and Aquanauts (~13-year-olds). By late July, I'd seen my fair share of homesick campers.

I’ll speak candidly: those first few nights were difficult for me, as homesickness was most acute at the beginning of camp.

My grandma says, “You’re only as happy as your least happy child,” and sure, while leading a cabin of young boys isn’t analogous to parenting...there are parallels.

When my kids were sad, I was concerned.

I spent considerable energy trying, at first, to find a cure. It can be difficult for some campers in those first 48 hours. Just as we were trained to do, I sat with my campers, listened to them, empathized with them, related to them, tried to redirect their attention, and normalized their feelings (note: this is not trivializing how they feel; rather, it lets them know they are not alone). I heard myself assuring them it was perfectly normal to miss their parents. I heard myself reminding them of the many exciting activities camp has to offer. I said things like:

“I’m certain you will enjoy your time here, and your parents think so too. That’s why you’re here! They believe you’re going to have a blast!”

“When I was your age, I went to sleep-away camp and missed my mom and dad too. But I made three awesome friends, learned to tie-dye, played a lot of dodgeball and had an incredible time!”

I’ll admit I felt a bit silly. Upon speaking the words “When I was your age” for quite possibly the first time, a vision entered my mind. I saw a wizened, elderly man wrapped in a cloak, and from his wrinkled face flowed a long, white beard. His eyes twinkled with wisdom, and he may have carried a staff. I felt old -- here I was delivering a phrase that practically lives in the back pocket of the world’s grandfathers. But...it seemed to work.

As the days passed, I observed a curious phenomenon: my homesick campers only felt homesick during Rest Hour and right before bed.

There’s a perfectly sound explanation for this: Rest Hour and bedtime are the only two moments of the day in which we unwind, decompress, and write letters to parents. After hours of exhilarating activities, the campers finally stop and remember home.

Susie Baskin, who owns Camp Champions along with her husband Steve, tells the story of one eight-year-old boy who, when asked by his mother at pick-up if he had missed home, nodded his head solemnly and said:

When Steve was 8 year-old, he went away to camp for the first time and wrote his mother the following letter:

“The water marks on this page are tears falling from my eyes. If you really loved me you would come get me.”

Steve went back to camp the following year.

And the one after that.

He now cites camp as the most formative (and transformative) experience in his life - after all, he has made summer camp his life’s work.

So parents, those letters you received (or will receive in the future) may indeed sound dire, but a word of advice: don’t panic. Your children are just fine. They are loved. And while their prose may have a dramatic flair, they are, in fact, likely having a great time. Our campers only happen to pen their grievances during downtime when the nearly nonstop fun comes to a temporary pause.

Over the course of the first week, I watched as my homesick campers grew bolder and more comfortable in the Camp Champions environment. And as friendships blossomed and the frequency of my one-on-one comfort sessions decreased, I thought of the famous Charles Dickens line: It was the best of times, it was the worst of times.

So close, Charles! Had you employed different syntax -- It was the worst of times, it was the best of times -- you would have described, in rather simplistic terms, the experience of a homesick camper.

Remember that aged, sage-like master with the ample facial-hair who had entered my mind, uninvited, when I tried to console a camper last summer? The image was of course influenced by two of the most prominent fictional characters of the last 75 years, but the point was I felt myself a Dumbledore or a Gandalf; the archetypal mentor meant to lead - nay guide - the younger hero to greatness. This is good! Champions empowers counselors to see themselves as guides so they can best serve their campers.

Come Memory Lane (Camp Champion’s goodbye ceremony on the last night of each term), tears will flow. But not because anyone is homesick. On the contrary, we cry because for the last seventeen-odd days, it was the best of times.

And we’re going to miss it.

Thanks to Kaylen Sir for writing this terrific blog post! In reading it myself, I was reminded of the renowned author and child psychologist Dr. Michael Thompson -- himself a grey, bearded sage -- and his book “Homesick and Happy.” In it, Dr. Thompson details much of what Kaylen Sir observed, namely, how the magic of summer camp can work wonders for children by helping them triumph over homesickness and build independence. If you haven’t already read the book, it has my unequivocal recommendation!