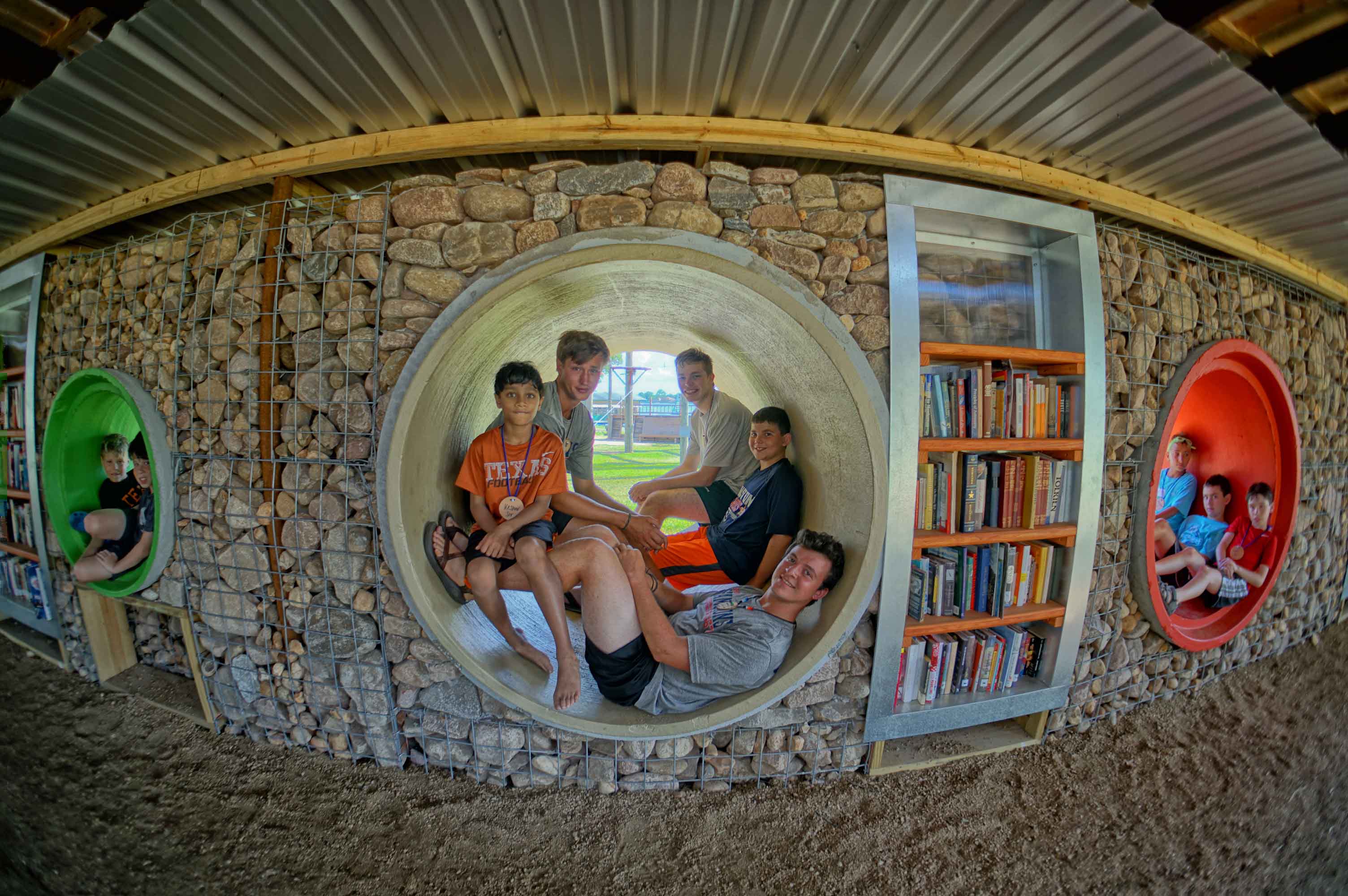 Three years ago, we completed a huge project: the Hearth. The Hearth is our Fine Arts Center and camp library. It has 5 studios, one dance hall, 2000 sq feet of shady space (almost like a cave) on the first floor and another 2000 square feet on the second story with outdoor chess, fans, beanbags and extra shade structures.

The Hearth is in the middle of camp, in its Heart(h).

Actually, the idea of a Fine Arts center started five years ago. We realized that we wanted to build the best such center in Texas, so we reached out to an architect who has helped us with some of our previous large projects. He brought in a woman with the gift of whimsy.

The two of them came here and recommended a location for the Hearth.

The location was perfect with just one problem: we already had 5 boys cabins in that location.

The next year we built new cabins in a new location to replace the ones that would become the studios for the Art Center.

The following year (2017) we built the Hearth. It has gabion walls and large painted culverts. We have a shade area with solar panels to power fans for the upper floor. We also have swings and hammocks.

Camp can be chaotic and crazy, so we wanted a place to be calm and centered. I had heard a woman named Susan Cain (an expert in introversion) talk about how camp can be hard on introverts. Being mild introverts ourselves, Susie Ma’am and I wanted to make sure that we had a place for quieter campers and a place for all campers to celebrate their more creative and quiet personas.

We knew we had succeeded during a day in early June of 2017. One of our most rambunctious boy campers was downstairs in the shade. He was not running or jumping. He was just slowly swinging in a hanging chair while reading a book. He was comfortable and happy in the moment.

This summer, wood-working has become a hit. At lunch, I saw an 11 year-old showing off a game he built from a designed he completed made himself. I was impressed by his creativity and efficiency (it only took him two periods to make it).

So here’s to the Hearth!