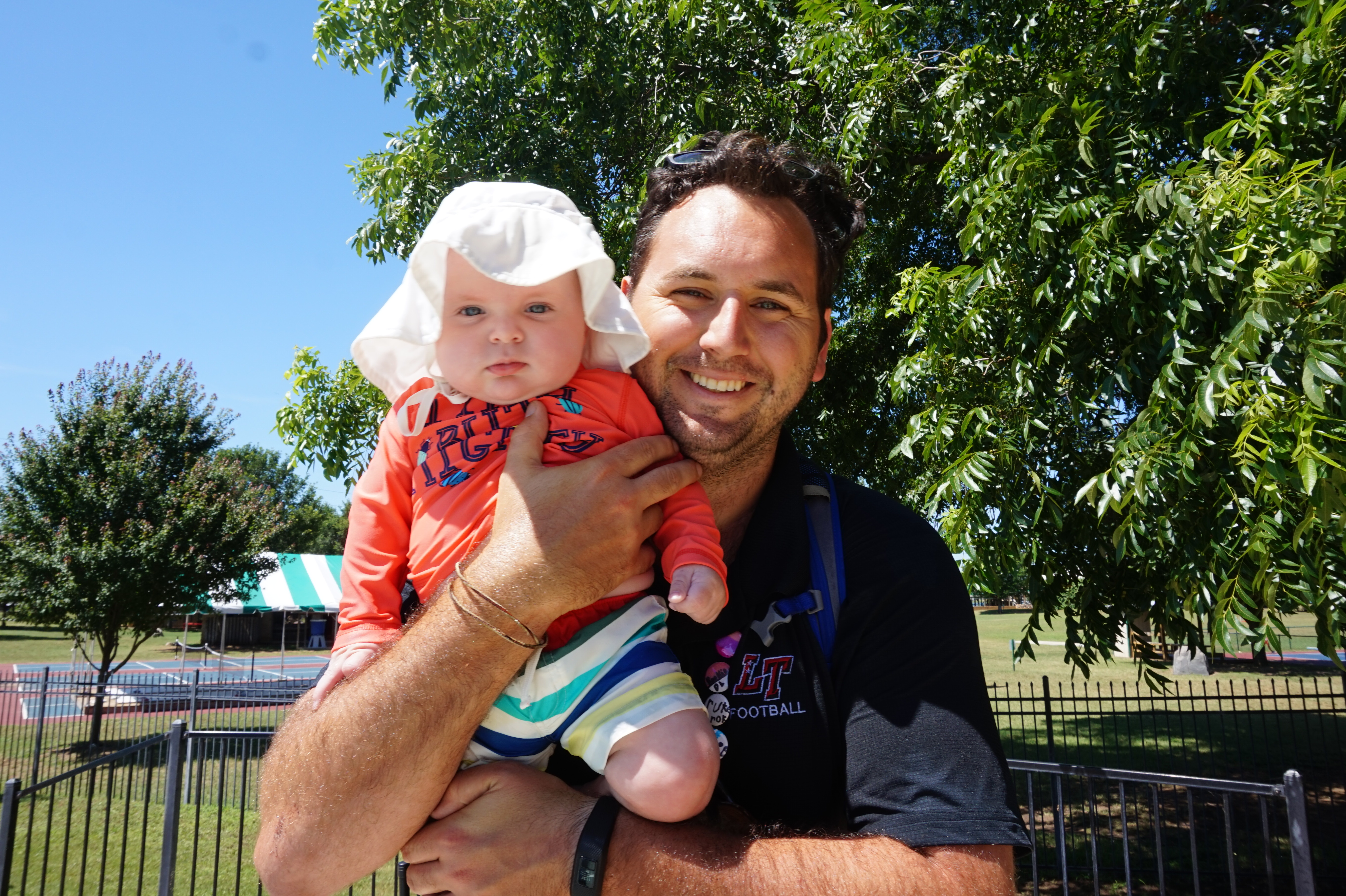 [Steve Sir note: Occasionally, a staff member will offer to write a guest blog. Today, we get an article from Frank Burch, our Rookie Division Leader. He is pictured here with Wally Sir - the camp baby (Leah Ma'am and Robbie Sir's second child). Enjoy.]

You learn a lot about a person by what they complain about.

As part of this summer's camp leadership team, I've, naturally, been interested in hearing what my counselors are frustrated by.

Odd as it may sound, I’ve found their complaints overall to be incredibly heartening.

After all, counselors have plenty they could complain about. Life as a counselor means hard work and long hours, detached from a world where their friends vacation and sleep in big, cushy beds in the A/C

I haven’t heard much about those things this summer.

More often, I hear something like what a counselor of mine said to me at the end of our 2ndTerm. He was contracted for six weeks, which meant this would be our last official check-in before we said goodbye for the season. As such, I wanted to hear how he felt about his summer. What went well? What could have gone better? What was he proud of?

Eventually, I asked him what the biggest challenge of his summer was. He paused for a moment. I held my breath, worried the delay meant he was running through a long mental list.

Instead, he said simply that it was hard leaving without knowing if he did his job well.

I was perplexed. This guy had been a wonderful counselor all summer long, and I'd told him as much. He was constantly engaged with his boys, kept them safe, and made them feel at home in his cabin. I would say with absolute certainty that every one of his campers drove out through the Spur knowing they had a counselor who loved him.

So I asked what he meant.

He said something that resonated with me deeply: it's hard to say goodbye to campers you've poured your heart into for a term, unable to witness the fruits of your labor fully manifest. After all, our counselors don't necessarily get to see their boys or girls from the summer walk back into school that much more confident, or see them continue to pursue interests they might have learned at camp while their peers fritter away time looking at a screen.

Beyond being immensely impressed with this young man's perspective, I had a surge of gratitude for my own camp experience.

Circumstances have privileged me with the opportunity that many of my former colleagues and forever camp-friends lack: time. I started here at Camp Champions in 2002 as an eight year-old boy. I've been fortunate enough to spend most of my life's summers as a camper, a senior camper, a counselor, and, presently, as our Rookie Division Leader, managing the age group that I started camp in eighteen years ago. Becoming a teacher gave me the chance to keep coming back to the place that molded me into the man I am today and work for nine summers doing the same thing for others.

But it also let me see what many camp professionals don't. My long camp career as given me the gift of watching, summer after summer, boys I've been a counselor for flourish into strong, capable, independent young men.

This current term carries particular significance for me—for the first time, I have former Rookie campers working with my current cabins as senior camper cabin-leaders. It's difficult to describe what it's like seeing someone you cared for as a child doing the same thing for a new generation of campers, learning the same skills I used, learning from the same mistakes I did. (You'll forgive me for taking a small bit of satisfaction in seeing these boys struggle with the same stubborn kind of camper they used to be. Karma has a long memory!)

The experience of seeing some of my boys grow into phenomenal young men has laid bare for me just how profoundly blessed I am. Your child's counselors will be lucky if they get to see the impact of their summer's work. For most, they will have to take it the impact they made as a matter of faith. Many will have degrees to earn, careers to begin, and families to start, along with all of the litany of responsibilities that force so many to say goodbye to the magical place and the wonderful campers they all love.

With all of this said, I would ask you to keep two things in mind.

First: take heart in knowing that your investment in camp is a long-term one. The skills they've learned, the challenges they've persevered through, all remain etched in their character long after they leave camp for the summer.

Second: be grateful for your camper's counselors. Know that they pour everything they have, through every long and hot day, into each camper that they have. They all want, more than anything, to make the kind of impact in your camper that will resonate throughout the world long after they wave their final goodbye to the place they love the best.

And be grateful, too, that you get to see that impact every other week of the year.