Hellenic Heroes (and Other Camp Lingo) 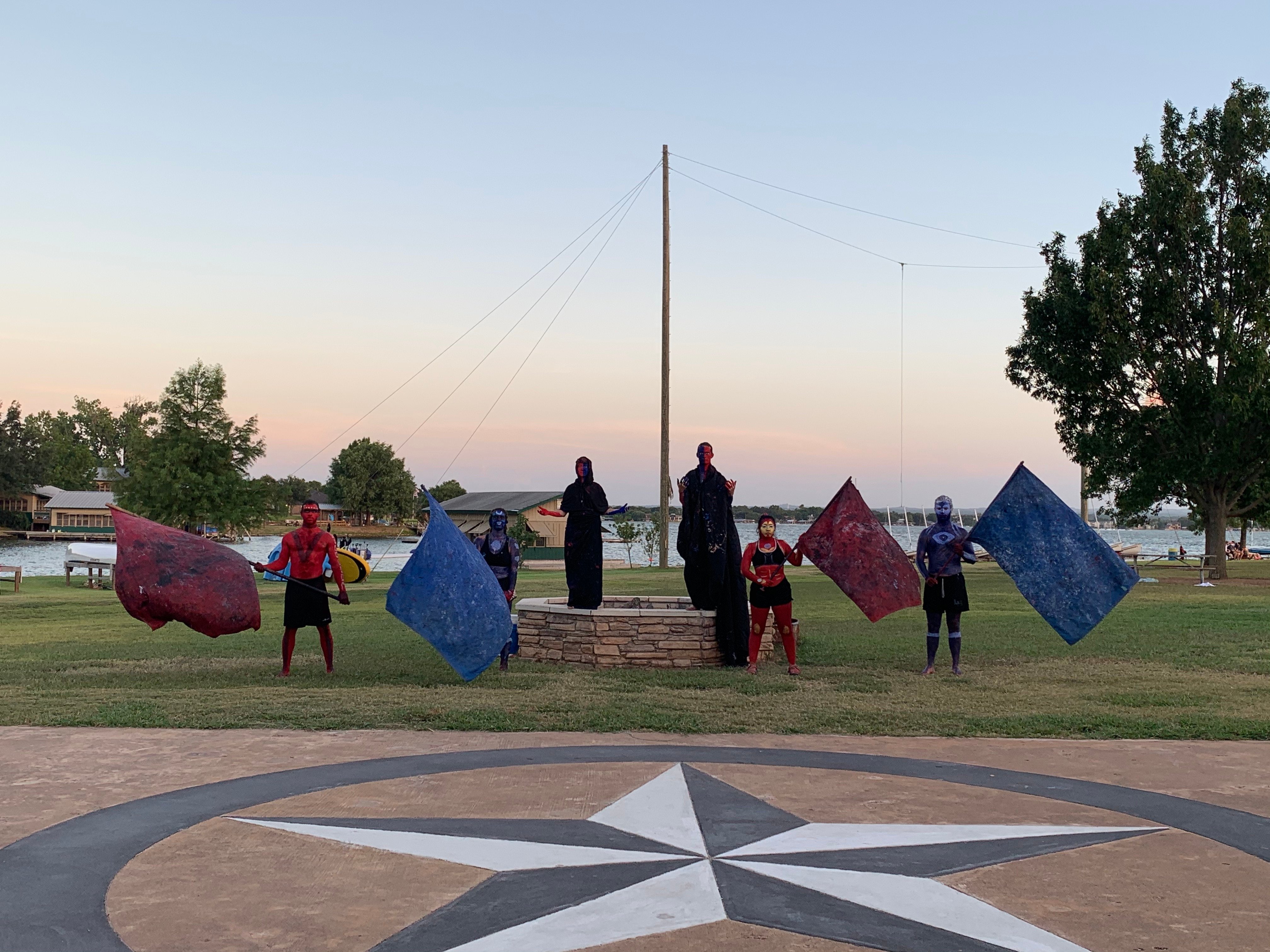 Last night, we had our Trojan-Spartan initiation (more on that in a moment).  As I think about how to tell you about this, I realize that camp is so full of traditions and lingo that we must often seem like an entirely different world.

A tradition can be something that we have done since 1967, or something just a few years old.  My mom used to suggest, “If you do something twice for a 10 year-old, it is a tradition.”  [Note: another tidbit of wisdom from her, “Never get into a game of peekaboo with a 2 year old at the start of a 3 hour plane flight.”]

I do my best to explain aspects of camp, but some are just such second-nature that I fail to realize when I am using lingo. Before I continue to tell you about Trojan-Spartan, let me share some terms.

OK, with those bits of explanation, please let me tell you about Hellenic courage and majesty.

One of our oldest traditions is our Trojan-Spartan games.

Last night, all the new campers were initiated into one of the two teams and they competed against each other this morning.   They will have another 3-hour competition on Wednesday.  We stress to the campers that when we compete, we compete with enthusiasm and spirit.  But once the games end, we are Trojans and Spartans no more and become (once again) cabinmates and champions.

But it is the initiation that I want to point to.

A mentor of mine once suggested that camp is a magic show and a great staff act as the magicians.  The Trojan Spartan initiation is a classic piece of magic.

On its surface, it is just silly.  Let me break it down for you.

Here is a photo of the persons who paint the initiates. 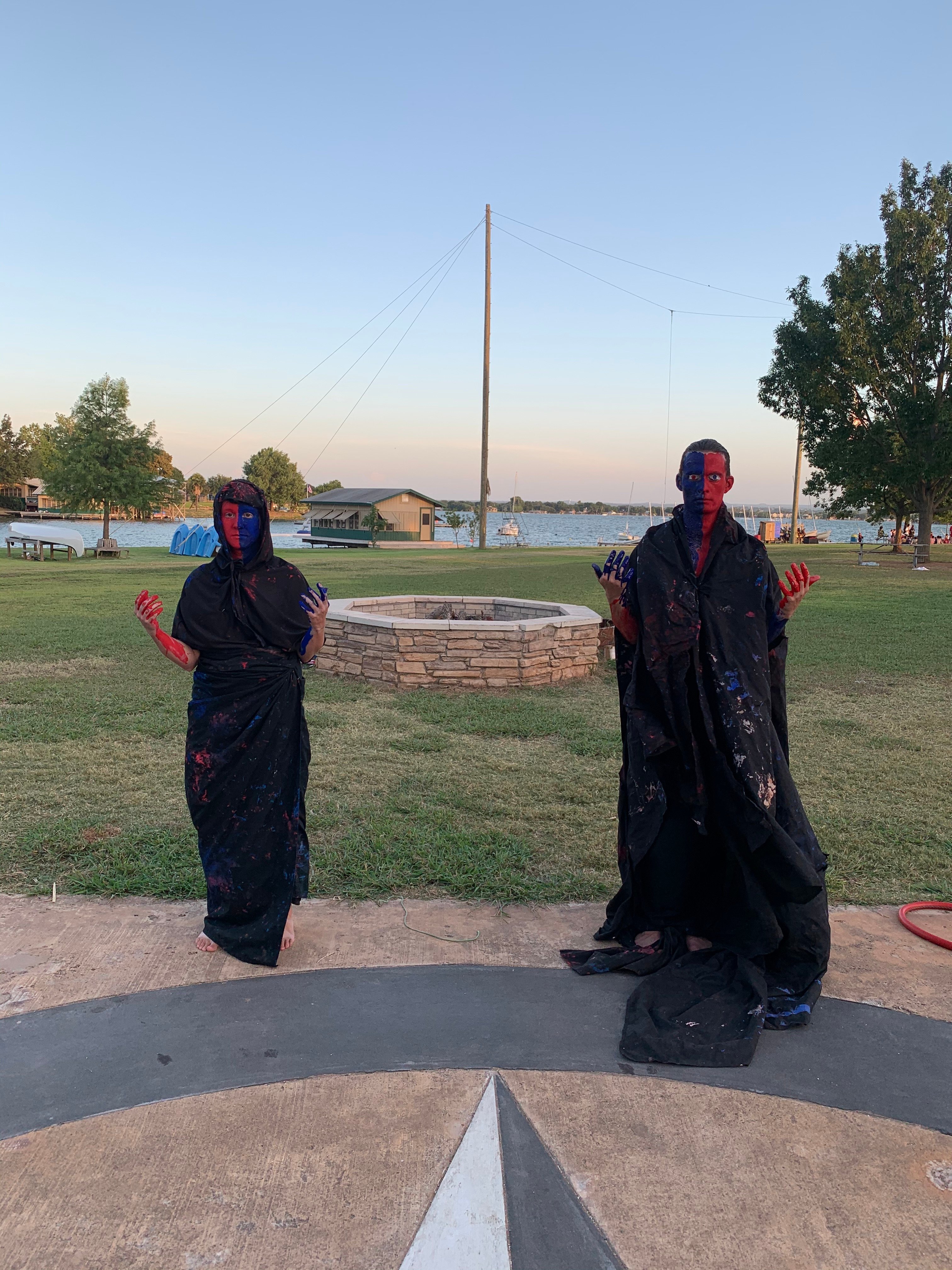 If you look closely at the man on the right, you will see he actually has his eyes closed and one eyelid is painted Trojan blue and the other Spartan red.  For the younger campers, he keeps his eyes open, but for the older ones, he "selects" while his eyes are closed like this.  It is a quality effect.

What does paint, Last of the Mohicans and central Texas have to do with Hellenic warriors?

Nope, I do not know either.

But if you do it right, it matters.  If you hold the space and infused the ritual with solemnity, the campers do not experience silliness, but something oddly profound.

They feel like they are part of something special and memorable.

If, however, you fail to hold the space, the inherent oddness becomes quickly evident.  This is one reason the magician analogy works.  If you see a magic trick poorly executed, you see the trick and you either laugh or feel sorry for the performer.  But a really well-executed magic act is riveting.

King Menelaus of Sparta would be proud!