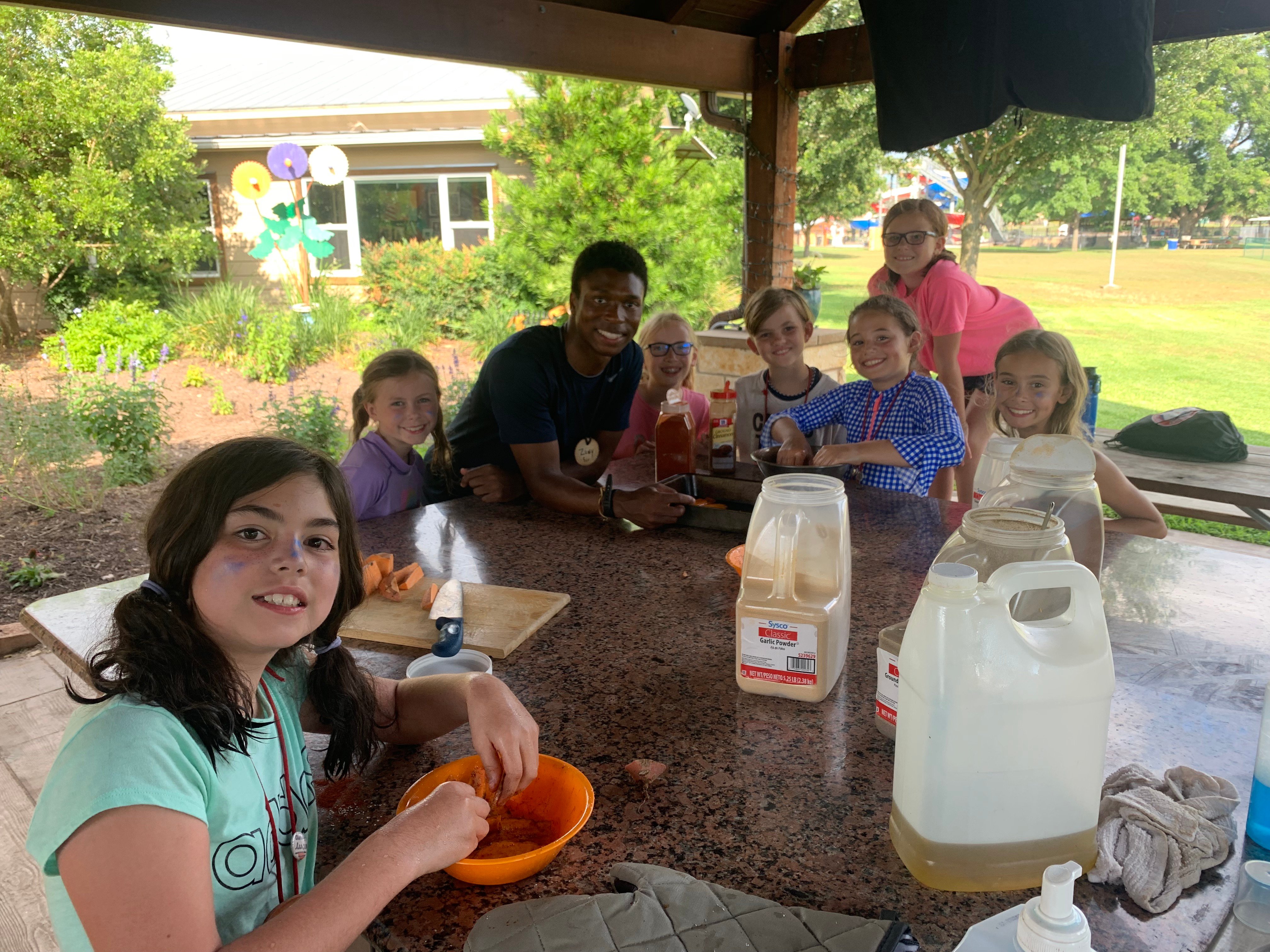 One of the best parts of camps is that it allows children to take “reasonable risks” (one of our “4 R’s”). Sometimes, this is climbing a wall or learning a new skill. Other times, it is sharing thoughts and feelings with cabinmates. Just making new friends can be a reasonable risk.

When I was a boy – and a young man – I had one risk that I refused to take. I was scared of failing. This approach made me a diligent student and athlete, but it really impaired my pursuit of new passions. For example, I always avoided opportunities to learn to waterski. Similarly, whenever someone invited me on a snow skiing trip, I found an excuse to avoid it.

Part of my fear was being laughed at. Even more of it was a silly belief that I had to be truly good at everything.

Over the years, I was slow to learn many things that would later make me quite happy – painting, writing, skiing (both types), public speaking and even cooking.

Perhaps most important for my life was the willingness to take a chance on being a camp director after a previous life in finance and consulting. The failure-fearing Steve would have never taken that chance.

Over the years, I have seen a lot of young people that seem to share the fear of failure that plagued me. With this in mind, it has made us want to make camp a “safe place to fail”.

No parent wants his or her children to learn about failure on a major test or project. We worry that the world is competitive and opportunities might be scarce. As a result, we believe that they need to succeed in school to thrive.

But that is exactly the point. The world will have its challenges. Our kids will see new jobs created and old ones changed or eliminated. They need to be flexible and fearless. We should want them to feel comfortable trying new things, “failing” at them and then trying new approaches to the challenges. We want them to think of “failing” as learning.

This brings me to Zavy Sir and sweet potato fries.

Zavy Sir is a first time counselor from NYU. This week, he is teaching in the Outdoor Cooking Pavilion.

The task was simple – make sweet potato fries. Remember, we want to pick an item that the campers can prep, season, cook and eat all in a 50-minute period. Fries are a great place to start.

But Zavy Sir did something a little unusual. He would not tell the campers how to season the fries. He did teach safety and how to handle knives and hot cookie sheets. But when they wanted to season, he became sphinx-like.

“Is this too much salt?”

“Should we add garlic powder?”

“How much sugar do you recommend?”

He was not silent, but he asked simple questions. “Do you think it is easier to add more salt later or take salt away?” “Sugar can be good, what flavor are you hoping for?”

“Steve Sir, we had a blast with Zavy Sir,” a group of 13 year-olds told me. “But man, did we mess up those fries. I guess you CAN add too much salt. I look forward to trying again and getting it right.”

I heard similar praises from 8 year-old girls and 10 year-old boys.

I know this sounds almost trite, but these short conversations caught my attention. In each one, they had enjoyed the process and wanted to experiment again.

If Zavy Sir’s goal was to produce high quality fries, he did not do well. But if his goal was to instill an interest in cooking and seasoning, he did a great job. If he wanted to instill a spirit of experimentalism (rather than one of fear), he hit a home run.

I once suggested a t-shirt for our camp store to Susie Ma’am. She (rightly) told me it is not a great idea. She explained that it takes too long to explain the meaning. Of course, she is right. But here it is the idea: “Camp Champions – A Great Place to Fail!”