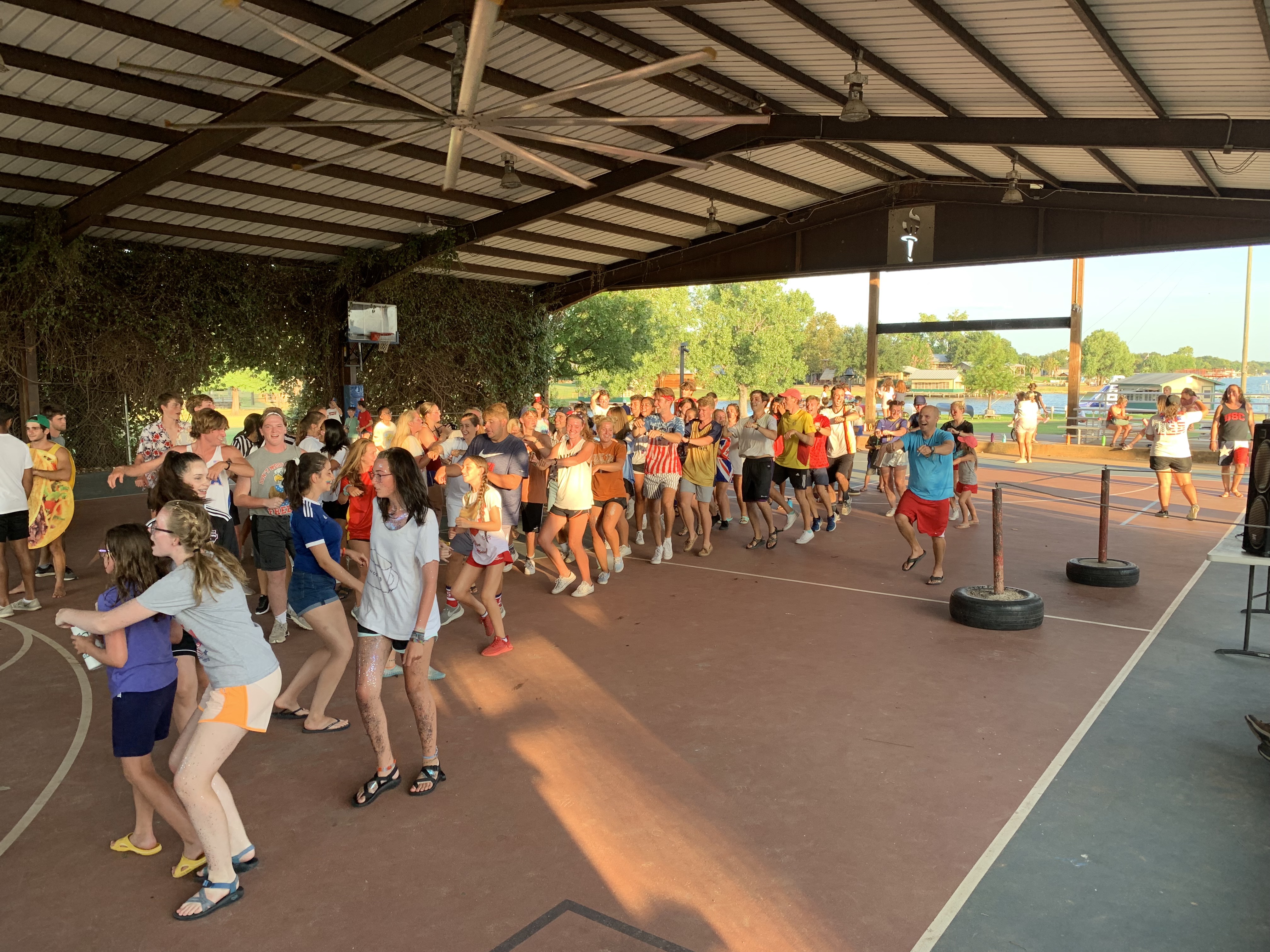 We had a full day today.

We began with one of our oldest camp traditions: the Lake Swim.

Each session, our oldest campers (those finishing 6th, 7th and 8th graders) swim across the lake and back. Most of our campers are not competitive swimmers, so this is a meaningful challenge. But it is not mandatory. The Lake Swim is “challenge by choice”, so we are so pleased that virtually everyone decided to embrace this opportunity.

We line the lake with lifeguards in kayaks and have wave runners and boats available as well. It is quite an event. 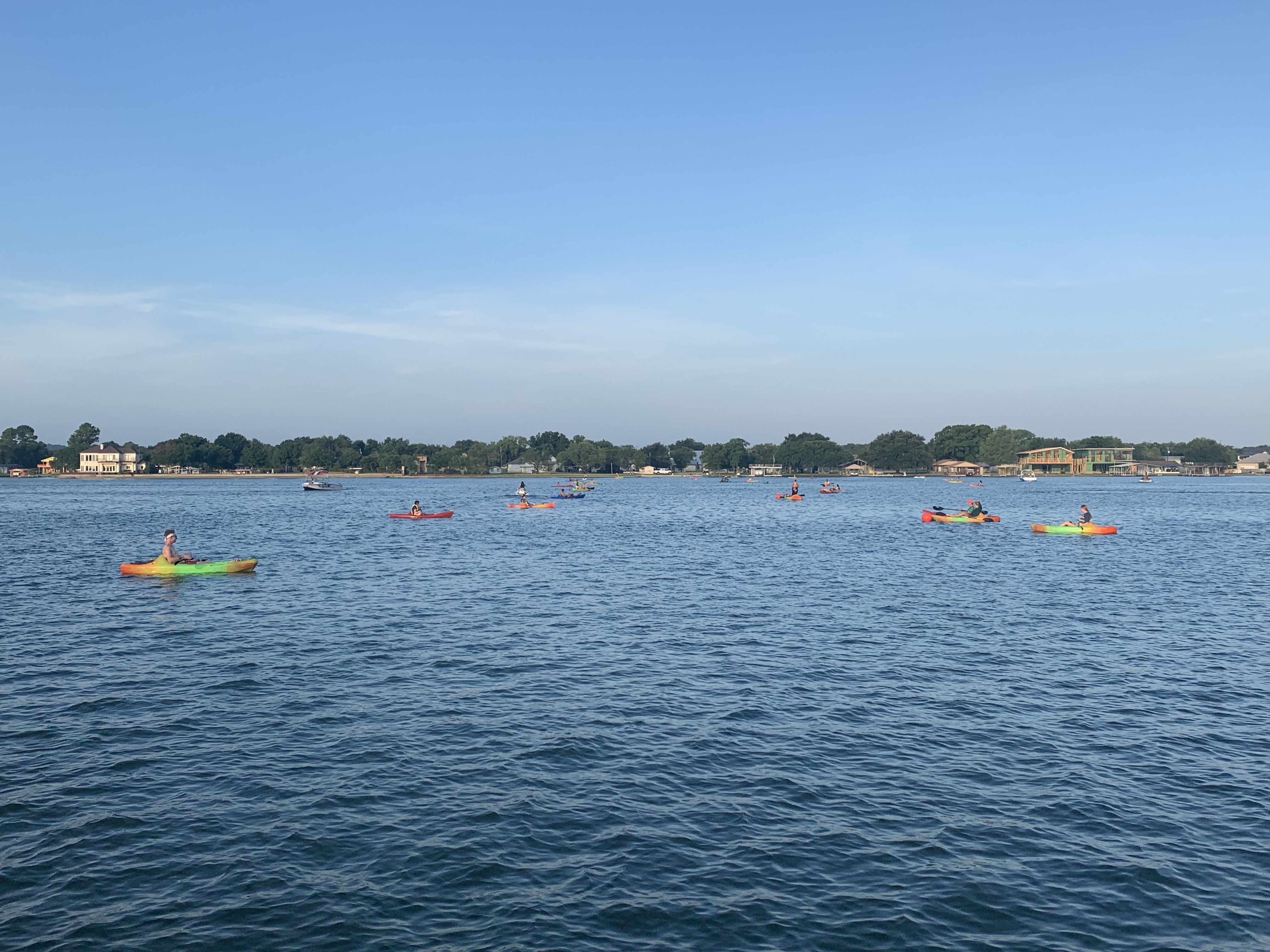 A new tradition that we seemed to have added is the bizarre reaction that Dodger Ma’am (our camp Bassett hound) has to the beginning of the swim. For reasons that no one can fathom, the site of campers easing themselves into the lake prompts her to go mildly crazy. [Note: she is an incredibly sweet dog. I explained to the campers that 1) her brain is small - very small, 2) she cannot hurt a fly and 3) they will think it is hilarious. As you can see from the video, she did not disappoint and she lightened the mood for any campers that were a tad nervous.] The swim was a marvelous success and we continued the day with Trojan-Spartan games (the Spartans won the day, but the Trojans won the session). We so enjoy seeing the campers – especially some of the youngest ones – getting totally hyped up about the competitions. Rarely have potato sack races seemed as important!

The day concluded with our final dance of the summer – the World Cup Dance. Most campers were dressed in sports regalia, especially soccer shirts. We had some referees as well. [Note: these three teens are dear friends. Two are twins. Can you spot the twins?] 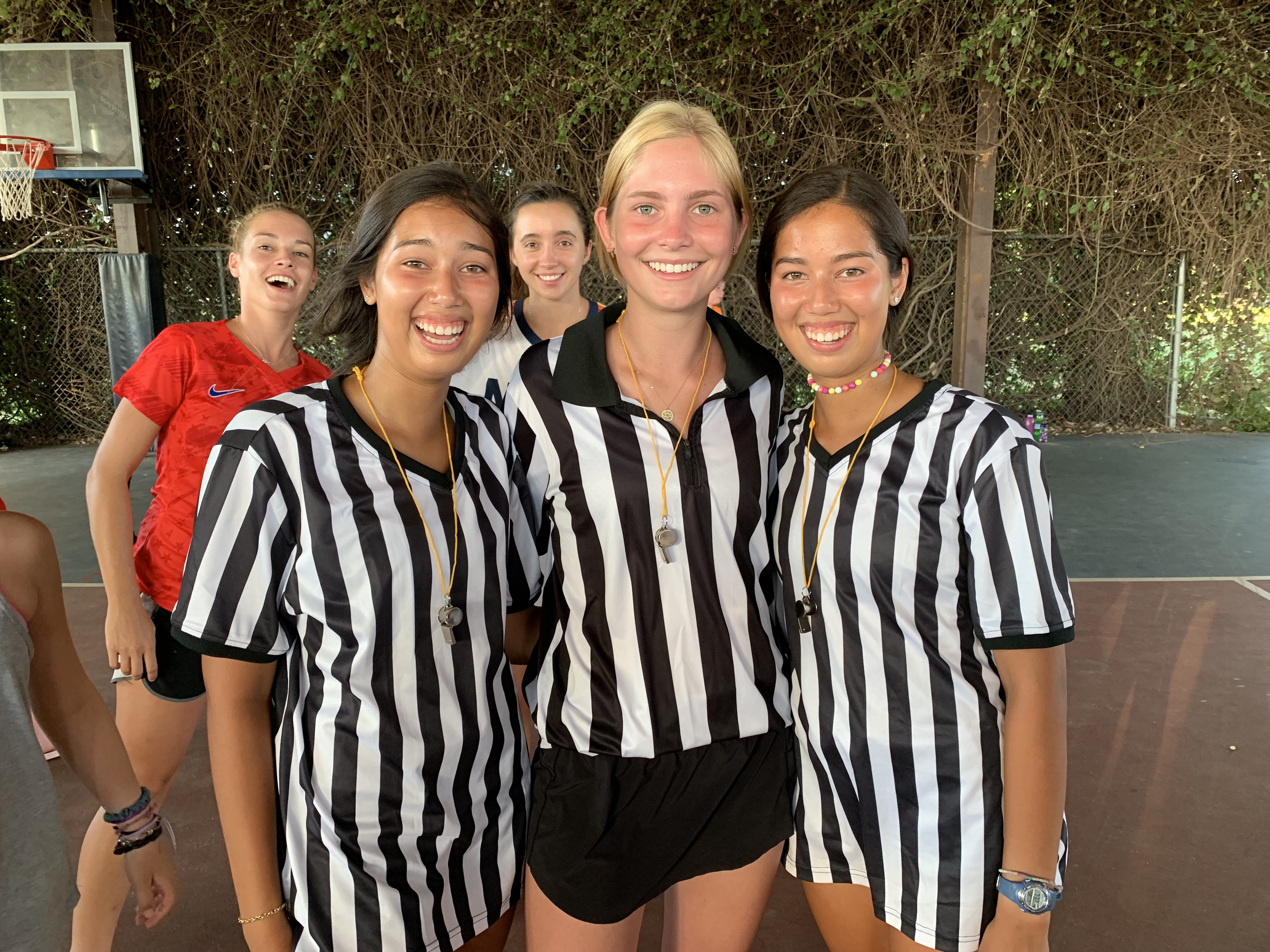 My favorite costume came from our Fine Arts Director and one of our Swim Bay Directors. Here they are. 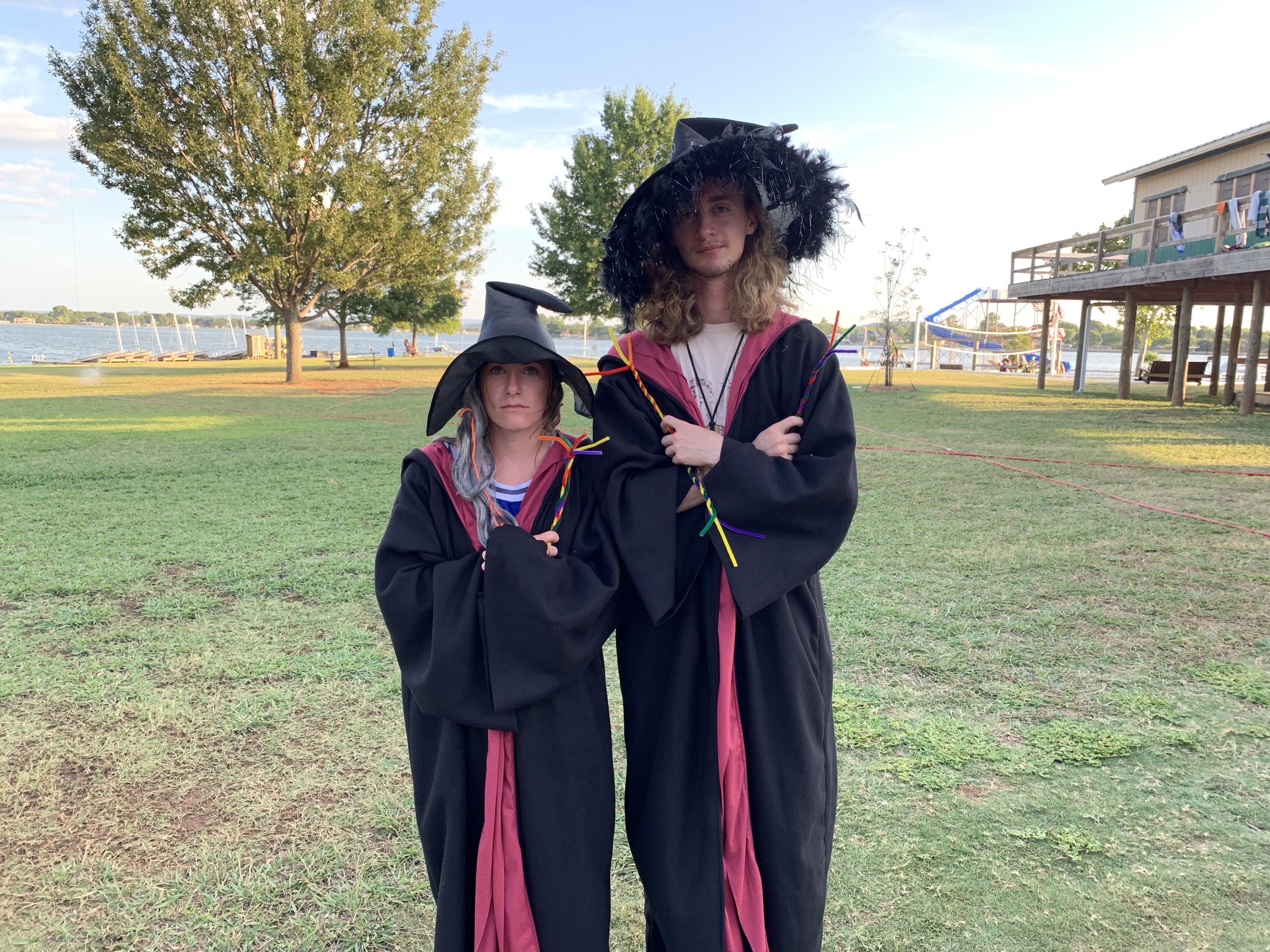 When people would ask them, “Why are you dressed that way?” They would smile and assert confidently, “The World Cup.”

No. It does not make sense to me either. But it does amuse me.

We also honored a favorite tradition at the dance - the Robbie. During the dance, Robbie Messner (our Activity Director) does silly dance moves based on camp activities. Campers and counselors then mirror whatever moves he does. The picture at the top of this blog is an example (Robbie is in blue).

PS A note on the twins. Their father and I attended graduate school together. When we knew each other, we were childless and single. Now his youngest pair are Senior Campers. This empty nest thing seems to be spreading.