Favorite Camp Memories from our Alumni

When asking campers about their favorite camp memories, you get a myriad of responses. Many campers talk about the exciting activities they participated in, such as the Pirate Ship or water skiing. Some campers discuss things they accomplished while at camp, like climbing to the top of the rock wall, or making Jam Session (the camp dance team that campers try out for). Other times, campers rave that the camp meals were the most memorable part of their summer. Who knew that corn dogs and macaroni could be so unforgettable?

This past weekend at our 50th Anniversary Celebration, we asked 50 CC alumni to share their single favorite memory of camp with us (and no, we didn’t let them write down “everything”). For some alumni, it took 10 minutes to write a single sentence! After all, how could they express their favorite memory of years and years of camp in just a 2 inch space? 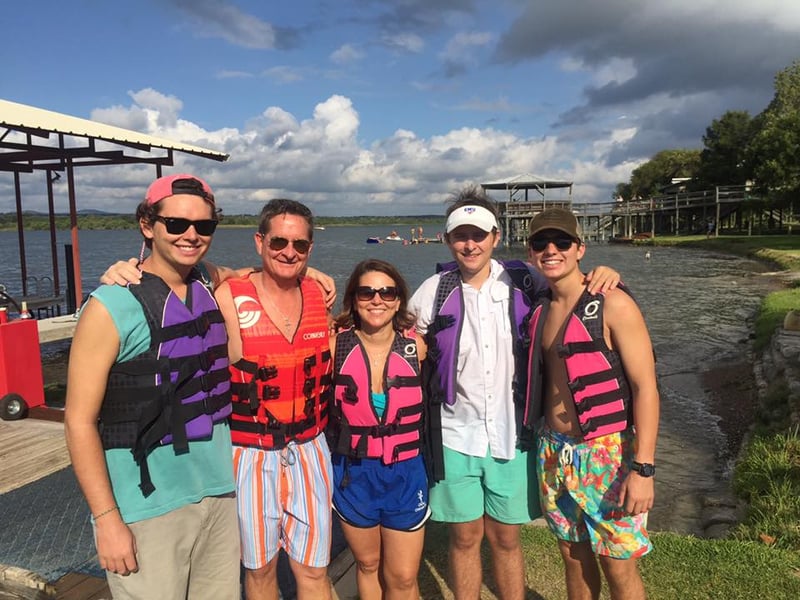 Alma Doll and Jim Pratt have sent all 3 of their sons to Camp Champions, where they met as counselors.

It turns out, their responses were pretty incredible.

Some were simple, some were life-changing, but altogether, these memories give you a good idea of camp’s impact on our alumni. From sunsets to torchlight, here I attempt to share the joy and influence that camp has had in these former campers’ lives.

Clark and his wife, Rebecca, who met while working at camp, have now sent their 6 year old daughter to camp for the past 2 summers.

Joe and Anne Pierzchajlo are expecting their first child, due in February. We can’t wait to meet this future camper and make memories with her!