Camp can be a time machine. This week, out Minis (girls who just finished 2nd and 3rd grade) transformed us back to 1975.

It was after Watergate. Gas prices had surged following the OPEC embargo. Disco was upon us and KC and the Sunshine Band had hit songs. It was an odd time.

A disillusioned nation yearned for answers . . .

It yearned for stability.

What we got was not much of an answer and had no discernable meaning, but it did give us stability. It was perhaps as stable as anything imaginable.

I am, of course, referring to the Pet Rock.

Yes, for one holiday season, Americans purchased over 1.5 million Pet Rocks. They paid $3.95 (almost $19 in 2019 dollars) for a pet that would require nothing. As the Pet Rock Owner’s Manual explained,

“If, when you remove the rock from its box it appears to be excited, place it on some old newspapers. The rock will know what the paper is for and will require no further instruction. It will remain on the paper until you remove it.”

Yep, that is stable.

So imagine my amusement when I learned that the Minis had created an entire community of rocky friends. 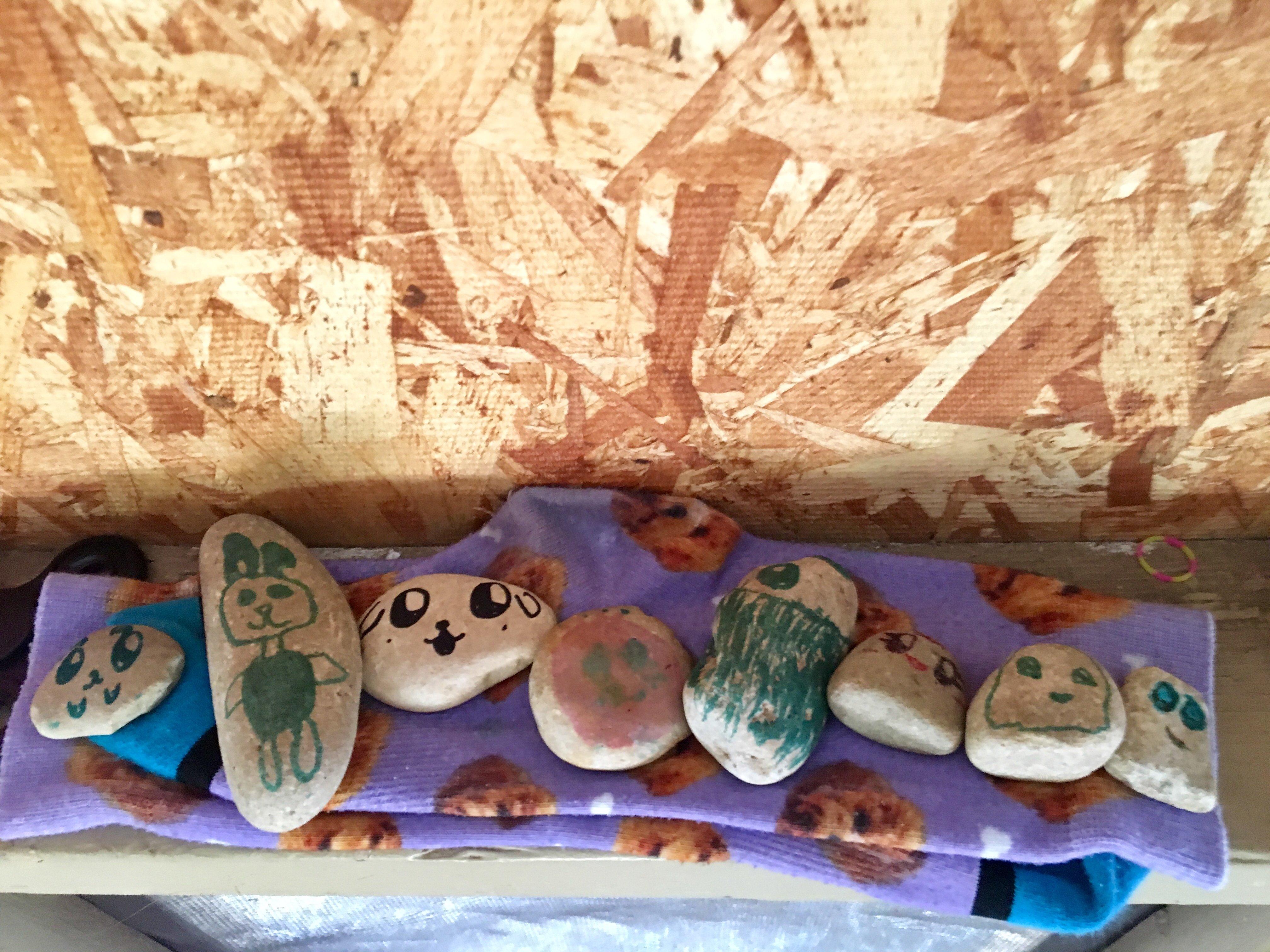 Their division leader reports that the campers place them on socks (for their comfort) and change the sock daily. Some rocks are people. Some are dogs or cats. One is a duck (if you are unsure which one, it is the one labeled “duck”).

My personal favorite is the hedgehog (at the start of the article). Hedgehogs are famous for being resolute and unchanging, so this guy might be the most hedgehoggy of them all.

So I want to thank these girls for adding to our camp family and transporting us all back to the mid 1970s. Or, as KC and the Sunshine Band might say, “That’s the way (uh-huh, uh-huh) I like it!”