Future Campers and Past Friends 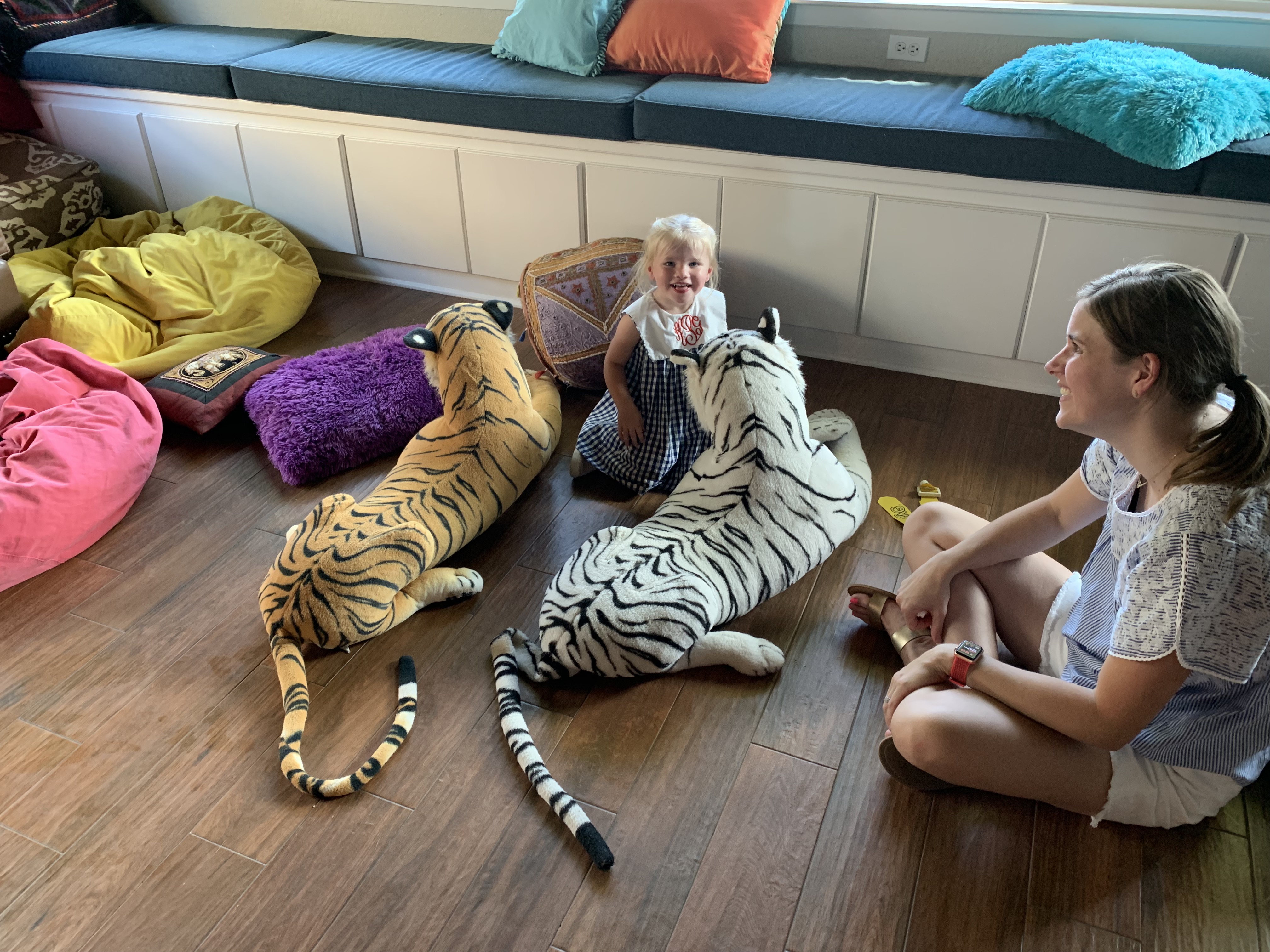 Today, I felt both happy and a tad old.

Two of our long-time camp favorites came by to visit. Anne Ma’am was a camper, senior camper, counselor and leadership team member for 10 years ending in 2009.

Joe Sir was our Waterfront head and later our Activities Director for 4 years ending in 2010.

Anne Ma’am and Joe Sir met at camp when they were both running the Waterfront. They are one of two couples that found each other in those exact positions, got married and are now parents. The picture above is Catherine Ma’am (their 2 year-old) with our stuffed tigers.

In my mind, they are still young members of our team. Of course, that means that we are young too. That feels good to me. It, of course, is an illusion.

They are in their mid-30s and have a baby. So they are real, live grown ups. If not “old” certainly not “young”.

But if they are not young, that means that Susie Ma’am and I are . . . hmmmmmmm. I don’t think I like where this is going.

Actually, we also had a visit from another couple that are both roughly 30. They also met while on our Leadership Team. They have been married for 3 years.

But it is a real joy to see people who we knew as campers grow into full-fledged adults, spouses, and parents. This summer, we have over 10 children of staff members attending camp. Given that we only have 20 people on the Leadership Team per year, this number is quite big. Their campers are in addition to the many dozens of campers whose parents attended CC as campers and other counselors.

That, my friends, divorces me from the illusion that I am still “young”.

But I am OK with that. In fact, I am filled with appreciation and even bliss that we have been part of these wonderful peoples’ lives. Seeing their children as campers completes a circle.

So maybe I am getting a tad grey, I am doing so with a huge smile on my face.