During counselor orientation, we talk about the importance of the “First 48” at camp. By this, we mean the first 48 hours. Camp can be unfamiliar and even unsettling to a new camper, even to some returning campers.

It is not bad or dangerous in any way, just different. And sometimes “different” can feel scary.

Over the years, we have spotted many antidotes to this unfamiliar feeling. Most important are fun and friends. Also important is agency – feeling like you have some control over your world.

Knowing this, we have designed our first few days with the express goal of helping every camper have fun, make a new friend and feel empowered.

Yesterday, I talked about how the campers set their own cabin rules. That is an example of agency/empowerment that happens on the very first day. We also have a nightly cabin meeting that everyone participates in. This sharing also helps campers feel valued – their words are worth listening to.

Regarding fun and friends, we have dozens of tools to help with that. Lets look at friendship first. Just meeting new cabinmates and eating with them spurns many friendships. We encourage returning campers to “reach out” (one of our “4 R’s) to their new cabinmates. We have ice breaker games and encourage campers to sit next to different people at meals.

Regarding fun, that is a specialty. By Tuesday night, every camper will have tried at least 12 different activities, ranging from waterskiing to climbing to ceramics to sailing to pickleball to (you get the idea). They will enjoy some special activities, watch the craziness that is torchlight and learn chants and jokes (nothing delights like a good inside joke).

Last night, we did several things to accomplish all our goals. After dinner, the oldest campers had their overnight, but the younger campers (roughly 12 and under) did a rotation of 7-8 activities. Some were just silly fun, like Simon says, musical chairs or playing with a parachute. 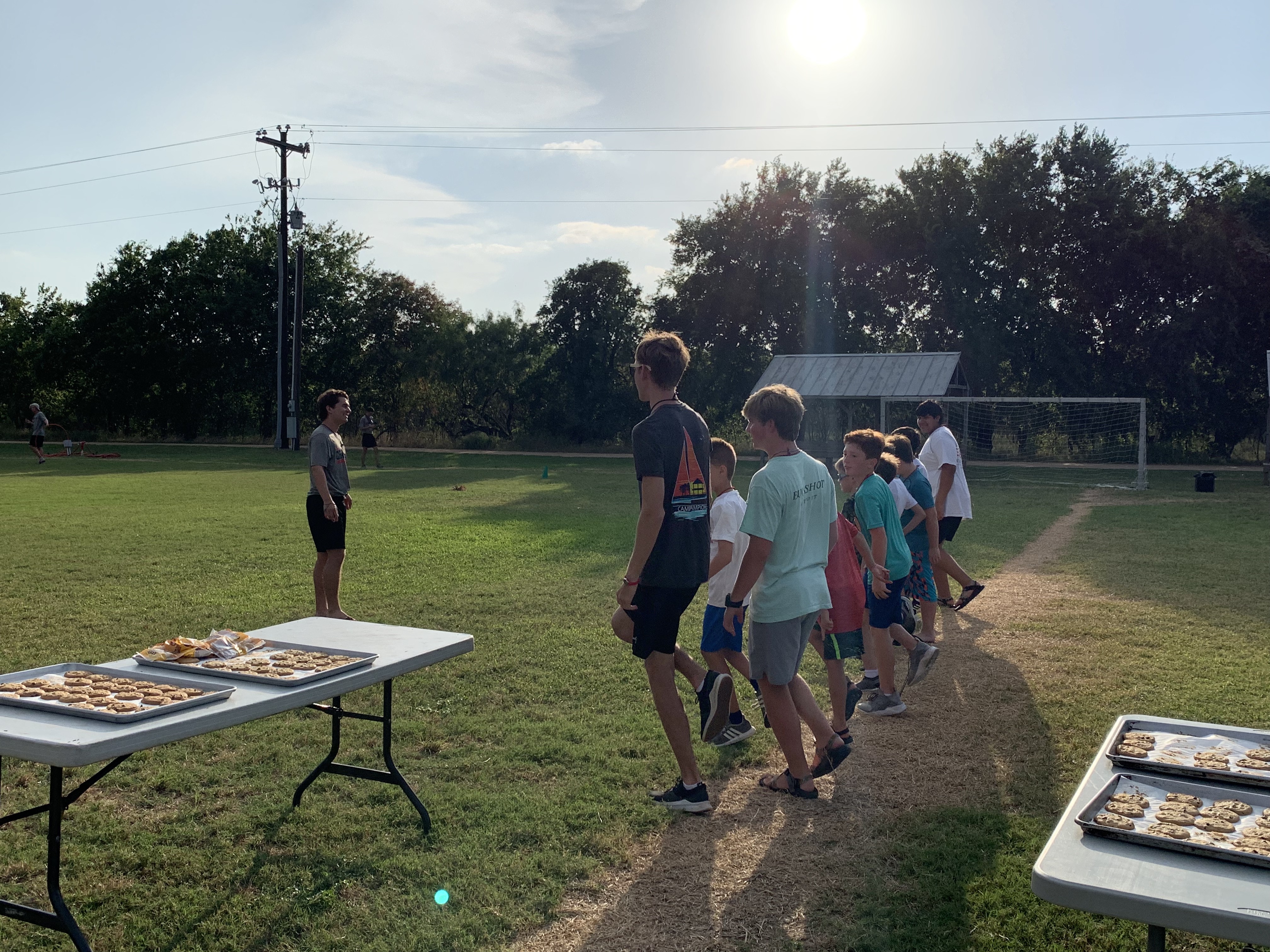 Other parts of the rotation brought the cabin together for some ice-breakers designed to help them learn each other’s names.

Others challenged their teamwork, like taking themed photos (make a pyramid, do a yoga pose, form a letter on the ground). They left smiling and much more comfortable with each other.

To cap off the night, Susie Ma’am performed a much-loved skit that requires great counselor devotion. She acts as if she is making an infomercial. In it, she explains that campers often complain of the many items they must bring to camp: toothpaste, shampoo, deodorant, sunscreen and even Gold Bond.

She asks the crowd, “What if I told you that one single product could replace all of these items?”

The counselors (and returning campers) who know the skit reply with disbelief. “Not possible!” “No way.” And my favorite, “Speak not of such madness!”

She then smiles and assures the disbelieving masses, “It is true.” She dramatically sweeps the toiletry items aside, reaches into a bag and produces the wonder item: 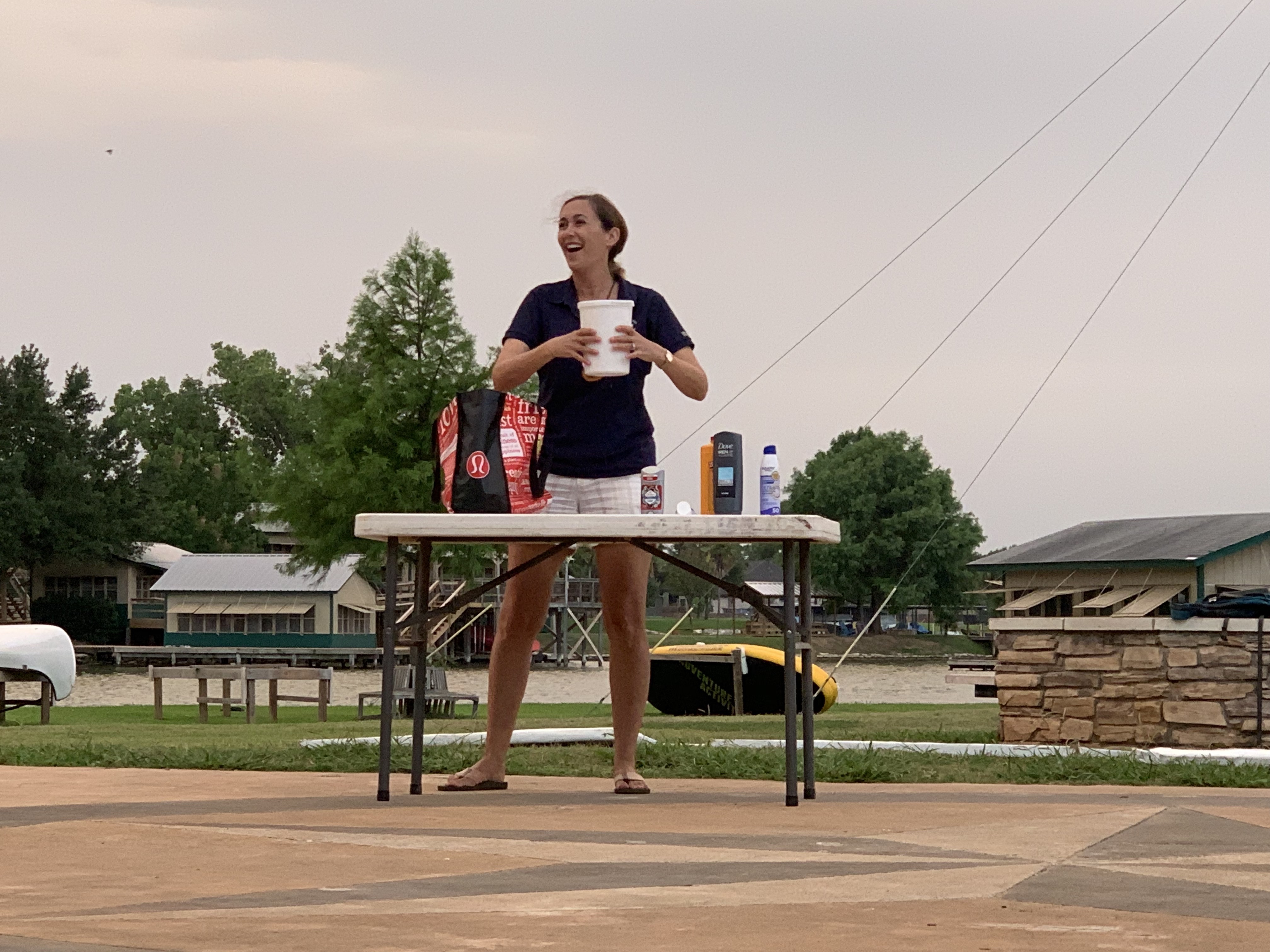 [Note: the magic substance is never the same. Also, the counselors do not know what the item will be. There are moments of hesitation on their part, but they always come through. Earlier this summer, it was grape jelly.]

Then individual counselors each come to her and complain of a problem: bad breath from not brushing, a sunburn, oily hair, etc. In each case, she happily assures them. “You do not need toothpaste/sunscreen/shampoo”, I have exactly what you need!”

“What is that Susie Ma’am?” the now uncertain counselor asks.

“Cottage cheese!” She then lets them use the magic elixir as a substitute for their desired item – on teeth, on shoulder/faces for sunscreen (don’t forget the tops of the ears) or in their hair. 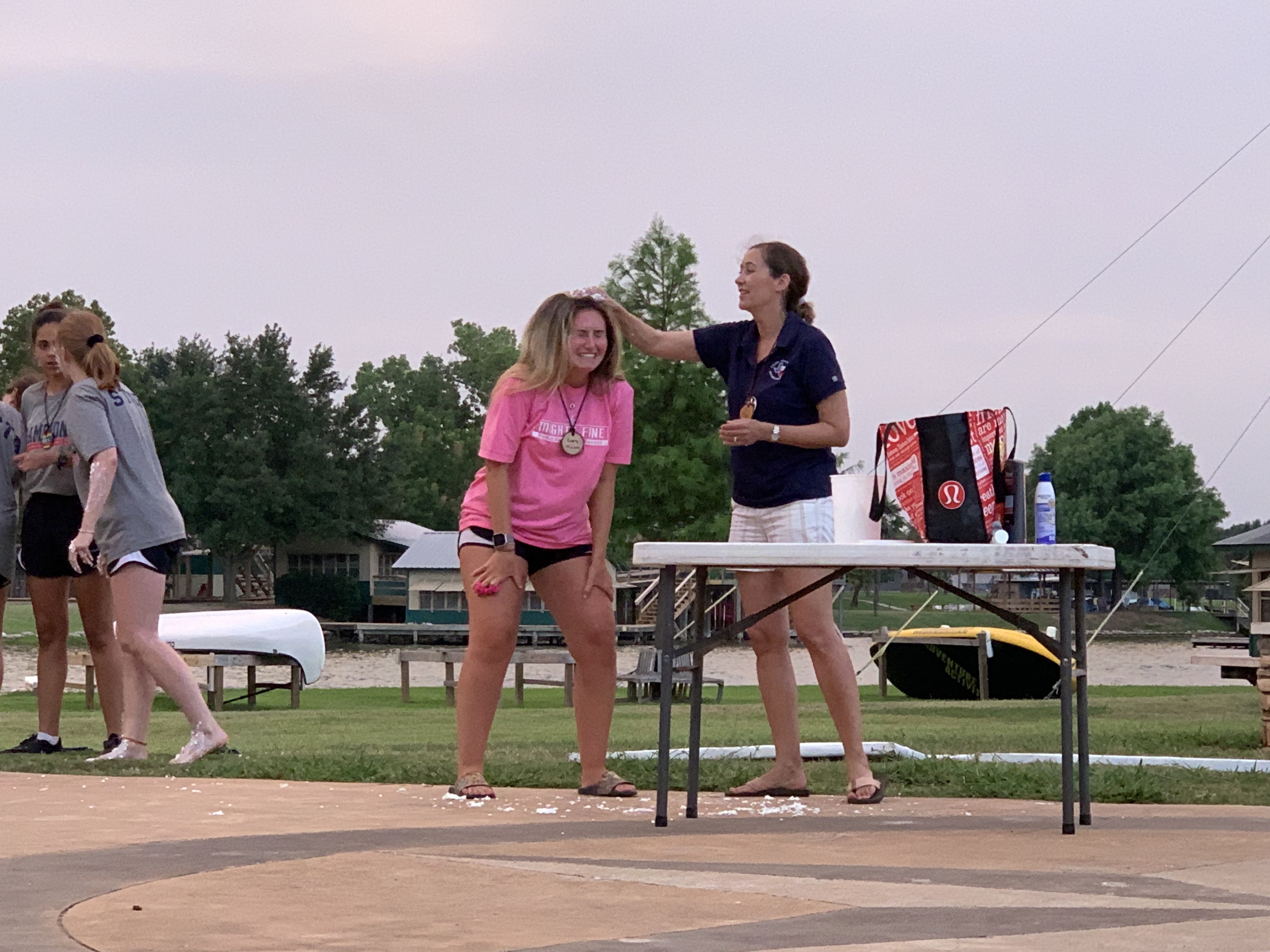 At the end of the skit, she makes the final sales pitch. She hands each counselor a piece of bread and declares, “The best part about cottage cheese is that if you get hungry, you have a snack ready for you.” At which point the counselors retrieve some cottage cheese using the bread and take a bite.

OK, this is not Shakespeare, but it delights the campers. The counselors are actually thrilled to participate because they adore the giggles and guffaws of the campers.

So know we are roughly half-way through the First 48 and campers are definitely making friends, laughing frequently and having a blast!