The Loudest Spies in the World 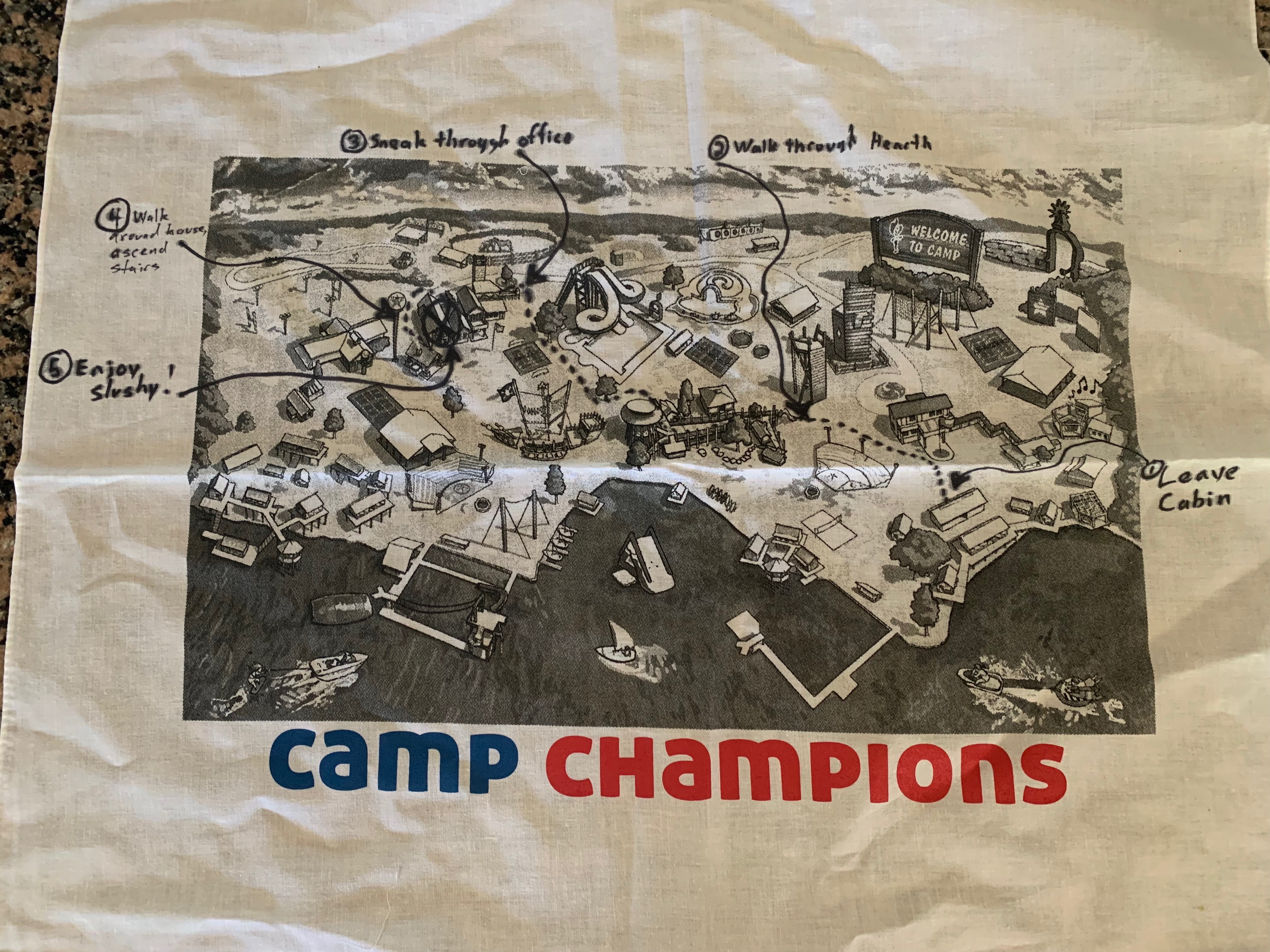 We have discussed many skills and talents that a child can foster at camp, but I have neglected one:

I know that you see pictures of fun activities and new friendships, but there is a part of Camp Champions that no photo reveals.

Yes, on occasion, a cabin will decide to embrace the challenge of an after-dark slushee extraction mission.

[Note: our spies do not realize the following: all raids are pre-approved. Yeah, I said it. The cat is out of the bag. We do not want campers to go into the FIllin’ Station (our dining hall) and take something that will be needed the next day, but we arewilling to set aside something for them to find. Also, the nature of a “raid” is very age dependent. Campers finishing k-4threally love to hit the slushee machine. Slightly older campers want to check out the Fillin’ Station. By 7thor 8thgrade, the raids lean towards approved pranks affecting cabins of the opposite sex. Some favorites include turning a table upside down, putting kayaks around the flagpole or covering another table with over 100 brim filled water cups.]

The key to getting an approved raid – I mean a secret mission – is to make it ridiculously elaborate. The memories do not come from a bonus slushee, they come from the preparation and execution of a daring operation.

Last night, a cabin of 2ndgrade campers executed such a mission.

The planning began days earlier. Their map was one of the Camp Champions bandanas. The actual bandana remains in hiding. The photo above is a dramatic simulation.

They agreed on the route, hand signals and attire. Oddly enough, the attire decision actually engendered a long conversation. One would assume that everyone would agree that “black” is the best color for a night raid. One would be wrong. Some girls lobbied for more festive colors, but ultimately black won out.

They also agreed on what to do if anyone almost catches them. Be still, be quiet, just freeze.

Unbeknownst to our spies, Susie Ma’am and I had assigned roles to make the mission more exciting.

As the campers left, Ali Ma’am (their Division Leader) called to Susie Ma’am over the Walkie Talkie with the initiation code, “We think Dodger Ma’am is outside.” [Note: Dodger Ma’am is the camp Bassett hound. She can occasionally get misplaced.]

Susie Ma’am then waited a few minutes for the girls to get past the office and next to our house. Then she walked out the door and started to call for Dodger Ma’am. Half the girls had cleared the carport, the other half had not. But they all successfully froze in place until Susie Ma’am walked the other way.

With the subtlety of elephants, they ascended the stairs. I was upstairs in the room next to the outside slushee machine. My job was simply to wait a few minutes and then turn on the light to the inside room. All the shades were down, but some light streamed through the windows to our slushee crew outside.

Again, they froze and waited until the light went out.

Susie Ma’am (for her own amusement) now stood out-of-sight on the ground floor - below the deck with the slushee machine and our dozen spies. While they were enjoying the fruits of their labors, she again called out for Dodger Ma’am.

“Be quiet!” whispered another.

“I am quiet!” insisted a third.

Eventually, our spies finished their slushees and descended the stairs (elephantine once again) to return home.

I suspect that years from now, one of those girls will describe this as a favorite camp moment. They will remember the planning, the stealthy approach, the narrow escapes and the triumphant success.

And they will not know they were the loudest spies in the world.